15 persons reportedly drowned while fleeing from a ********* ****** in Gurmana community in Shiroro local government area of Niger state.

Kano-based lawyer, Bulama Bukarti in a tweet posted this morning, said the news was reported by BBC Hausa.

”BBC Hausa reports that more than 15 persons drowned in Gurmana of Niger when they fell into a river to escape ********* attacked on the village market. Escalating attacks in Niger and Nasarawa when the northwest and the northeast are still raging with fire is very disturbing.” 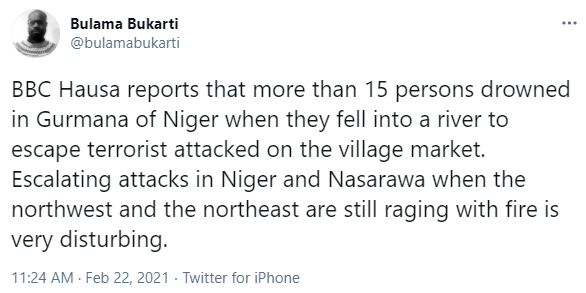