Bengaluru police have arrested two Nigerian nationals and recovered as many as 3,300 Ecstasy pills and 600 gm of MDMA (Methylenedioxy-Methamphetamine) powder valued at Rs 1 crore (N51,748,548.04)

The accused have been identified as Donchucks Okeke aka Tam Tam Dominique, 39, and Celestine Anugwa aka Omema, 40. 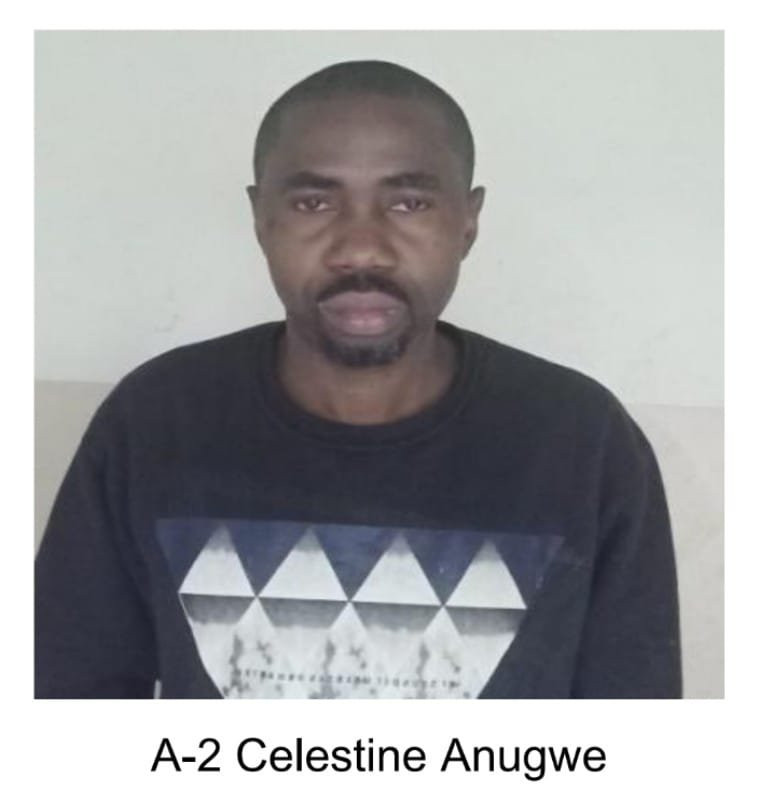 The police said that both the accused were living in Bengaluru for the last couple years and have not produced their legal passport and visa yet.

“The duo claimed that their passports have expired and they are living in India illegally,” the police said in a statement on Friday, December 25. 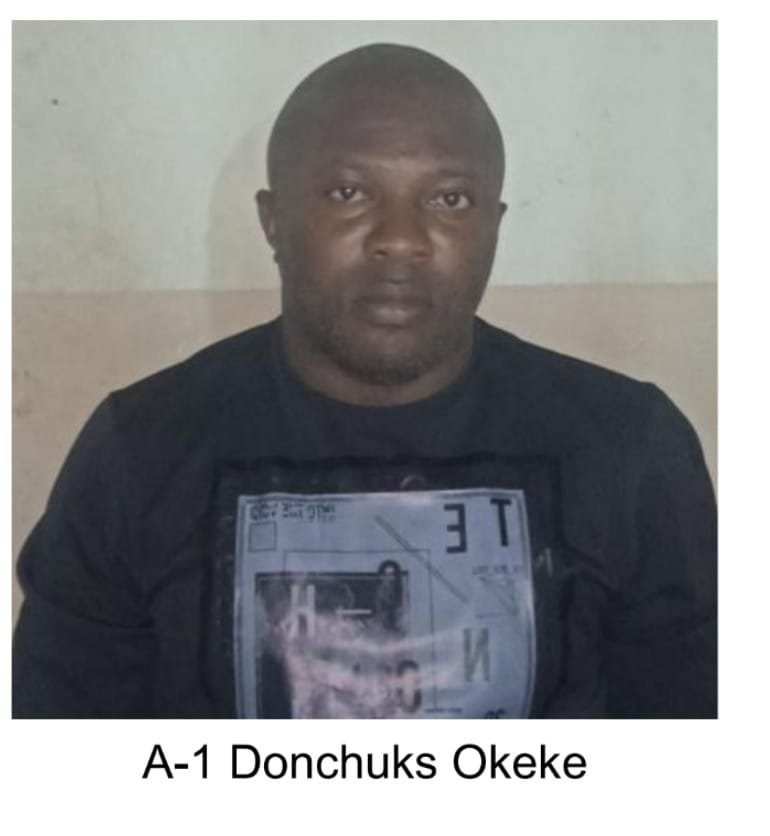 The Bengaluru East division police said in its statement that the duo was arrested while trying to sell this narcotic substance at a roadside tea stall behind Bagmane Tech park in Byappanahalli in the city.

The police said the duo procured the drugs through Darknet from the United Kingdom in order to sell them at high price during Christmas and New Year rave parties.

Besides the drugs, the police have also seized a high-end car from them. 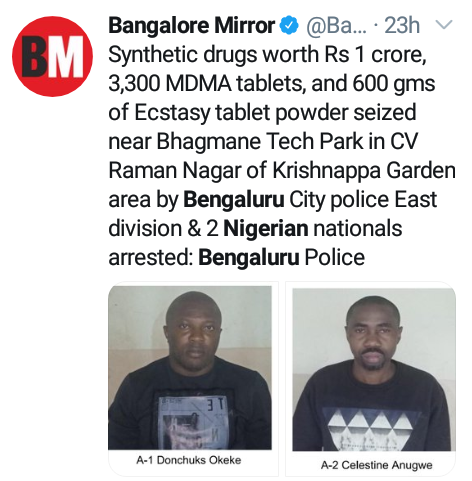