The Anambra state police command says contrary to reports, the boy who died in police custody in Akwuzu last Wednesday January 4, was arrested for armed robbery, not for fighting.

On Sunday, January 8, LIB shared the tweets from a social justice campaigner who alleged that the young man identified as Uchenna James Okafor, died after he was arrested and taken into custody in Akwuzu, Anambra state. Read here.

Reacting via Twitter, the Anambra state police command says the matter is currently being investigated. The spokesperson of the command, DSP Tochukwu Ikenga, pointed out that the brief he received is that the deceased in question and the others were arrested for armed robbery and not for fighting. See his tweet below 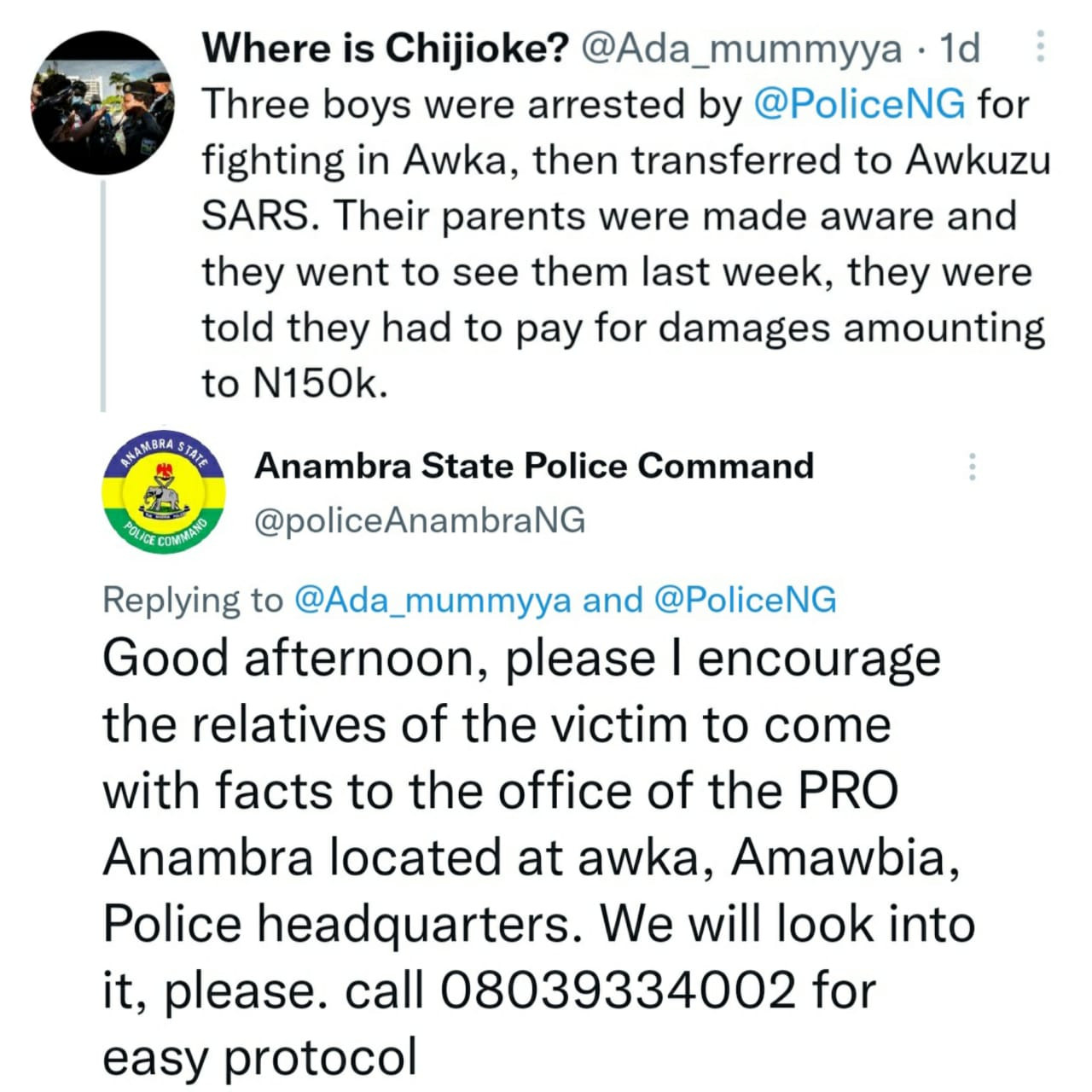