A video of police officers assaulting a lady for filming them has made the rounds on social media.

Twitter user @Austynzogs who shared the video on his handle wrote;

”Last week policemen guarding the palace at Illasan, Lekki Phase 1, allegedly assaulted a lady for attempting to record them during a confrontation with a Uber driver. The lady’s phone was seized & she was also arrested. Has she been freed? @BenHundeyin @Princemoye1” 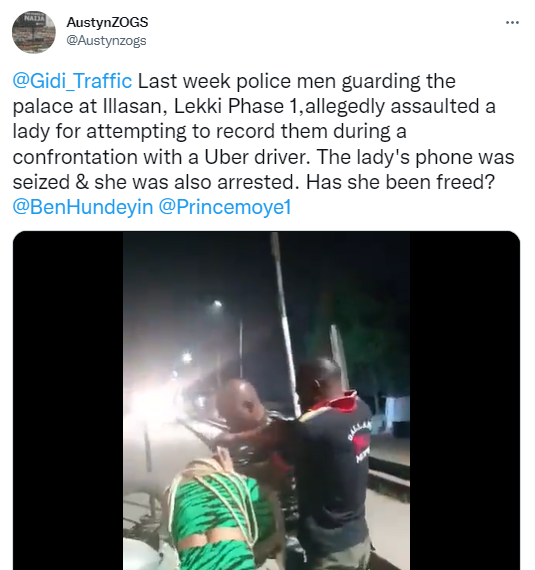 Reacting to the video, the spokesperson of the state police command, SP Benjamin Hundeyin, said the officers were made to face disciplinary action and the lady’s phone has been released to her. 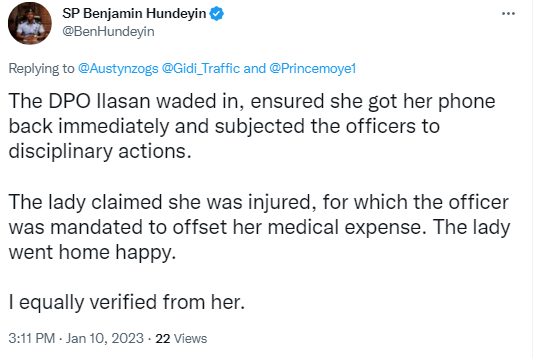 Watch the video below…