Big Brother Naija star, Erica Nlewedim has explained why she won’t be rushing into marriage.

Erica who revealed her age following the controversy surrounding her co-reality show star, Chichi’s claim of being 23, stated that she won’t be rushing into marriage because she has the rest of her life to be married.

She added that marriage is favourable to men because they don’t really have to change much about their lives.

Why rush? I have the rest of my life to be married. It’s favorable to the men cos they don’t really have to change much about their lives but a lot about the woman changes. 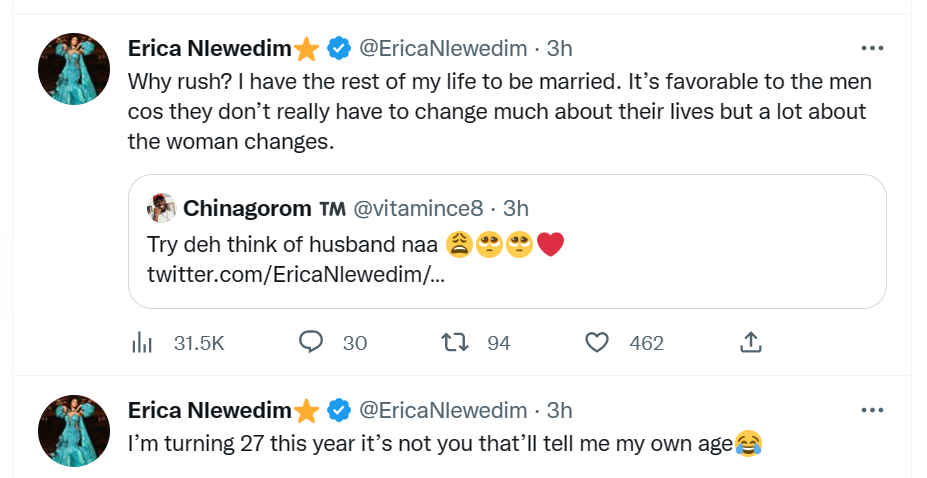