The girl, who wasn’t identified, was given three to nine years of prison time by a judge Tuesday, Jan. 24, after pleading guilty to first-degree manslaughter last December, the Westchester County District Attorney’s Office said.

The teen stabbed Kayla Green (pictured above) during a large brawl after a parade in Mount Vernon to mark the state championship won by the high school boys’ basketball team.

The stabbing happened in Westchester last April and stemmed from a cheerleading rivalry.

Green was the captain of her school’s junior varsity cheerleading squad while the defendant was part of an independent cheer club that Green was a past member of.

Soon after the celebration to recognize the basketball team’s 12th state title, a huge fight was caught on cell phone footage. 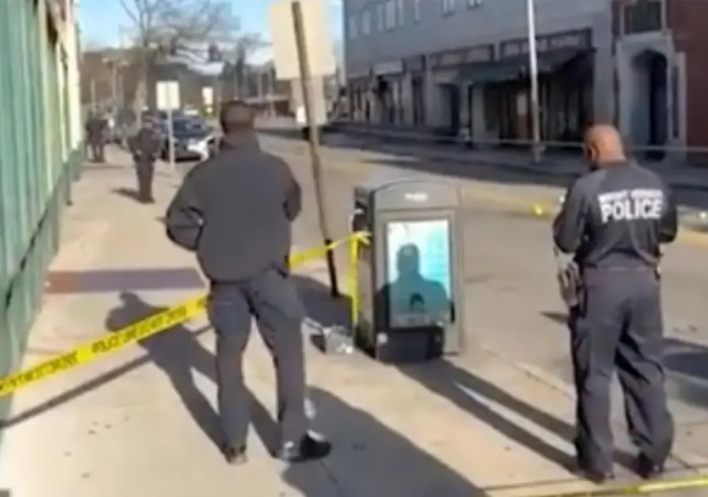 The victim was knifed in the stomach and tragically pronounced dead after she was taken to the hospital, prosecutors said.

Cacace said the motive for the stabbing was, “A long-standing rivalry between two cheerleading squads in the city of Mount Vernon.”

The defendant apologized in court before her sentence was determined.

She admitted she made “bad choices” that led to heartache for Green’s loved ones.

Green’s relatives believe the defendant’s sentence and apology were insufficient, the newspaper reported. They argued the defendant would be out of prison in a short time.

“Her killer gets to get out in three years to live her life, to have family, to have a career. My daughter will never see that,” the victim’s mother Laverne Gordon said, according to CBS 2.

“A teenage defendant senselessly took the life of Kayla Green, and in doing so, left a community devastated,” Rocah said in a statement.

The maximum sentence the teenager could have received was 3 to 10 years as a juvenile offender in New York, the district attorney’s office noted.

She will serve her time in a juvenile detention center until she’s 18 when she will then be taken into custody by the state’s Department of Corrections, the district attorney’s office said.