The Lekki Concession Company has appealed to some residents of the state against going forward with the plan to protest the reopening of the tollgates.

Using the hashtag #OccupyLekkiTollgate, some residents of the state vowed to stage fresh protests at the tollgate on Saturday, February 13 following the decision of the Lagos Judicial Panel to hand over the tollgates to the LCC.

In a statement released this afternoon, February 11, the managing director of LCC, Yomi Omomuwasan, said the decision to repossess the tollgates is to allow the company to be in operation so it can pay its loans as well as fulfil other financial obligations.

Read the statement below 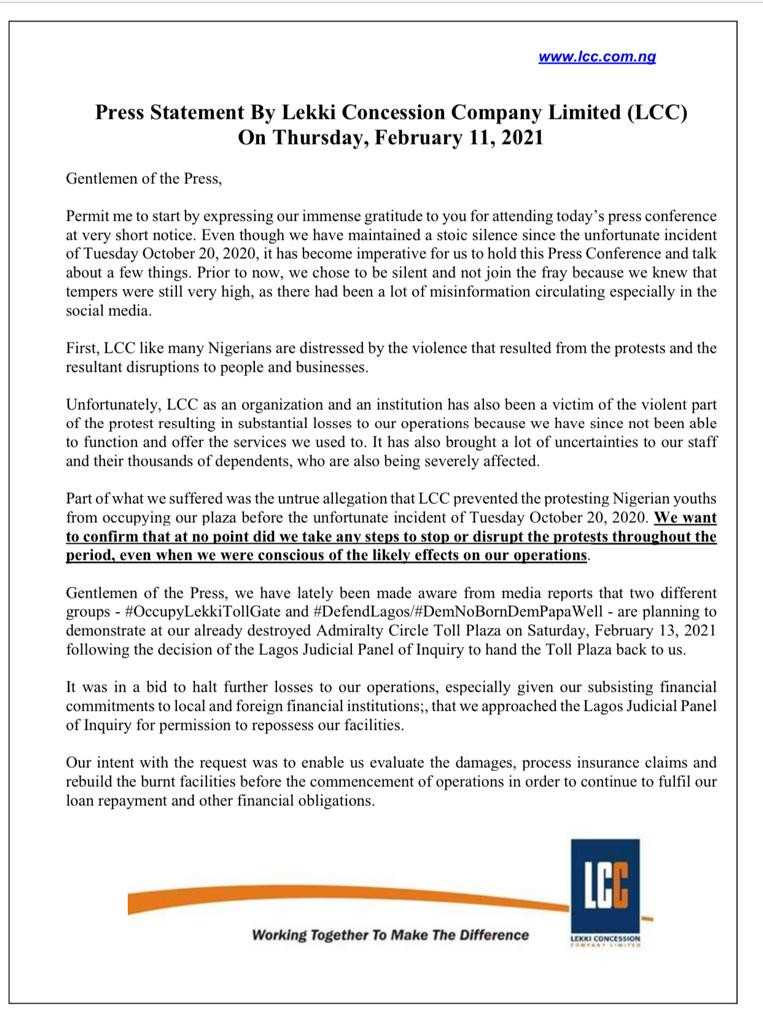 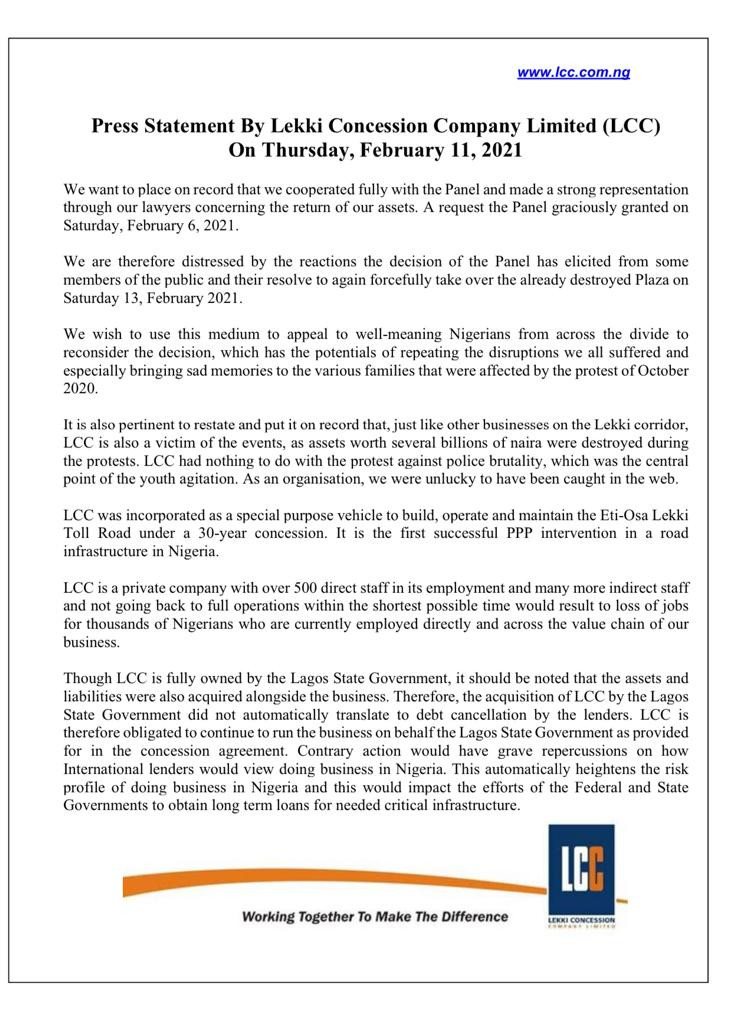 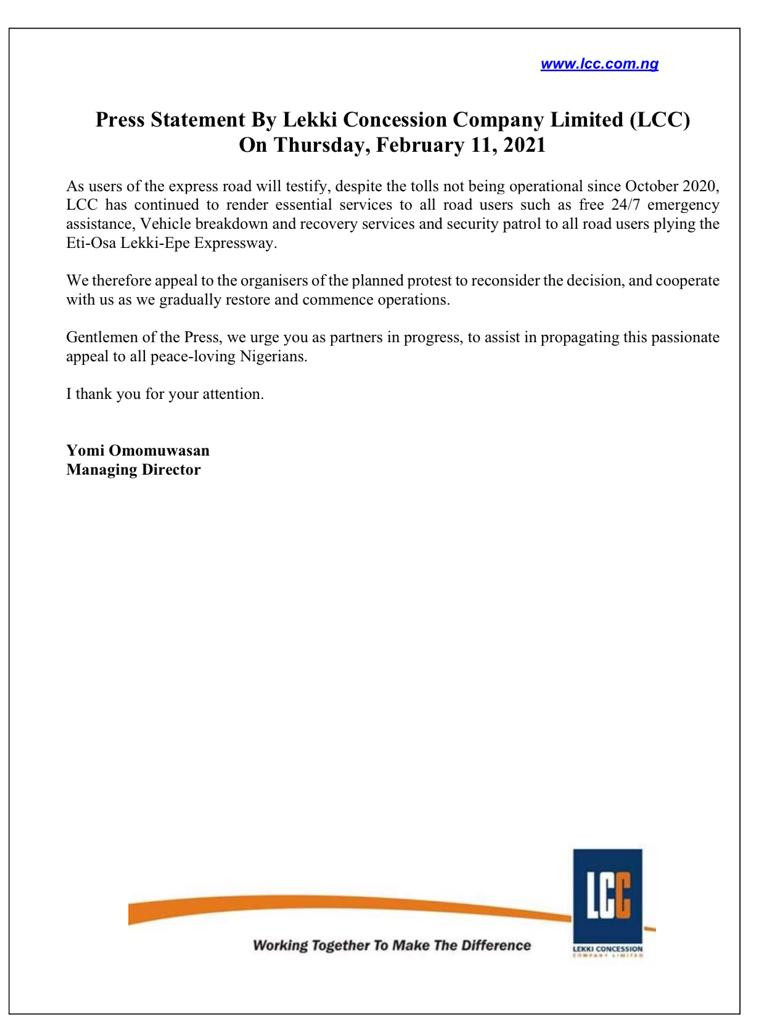