The Sokoto businessman, who was kidnapped by suspected bandits on Monday, Alhaji Rabi’u Amarawa, has been killed by his abductors after collecting N5 million as ransom.

NU reported that 12 people, including relatives of the businessman, were killed while attempting to rescue him from the bandits.

It was gathered that the bandits launched an ****** in the community around 2 am and picked Rabi’u Amarawa at his residence. Some members of his family alerted the vigilantes and other residents of the community who mobilized and went after the gunmen.

The bandits opened fire on them, resulting in the death of 12 persons, including a younger brother of the deceased.

A family source, who confirmed the latest development to Daily Trust on Wednesday March 3, said the businessman was killed after the payment of the N5 million ransom.

“We were reliably told about his death and people have gone into the forest to recover his body.” he said. 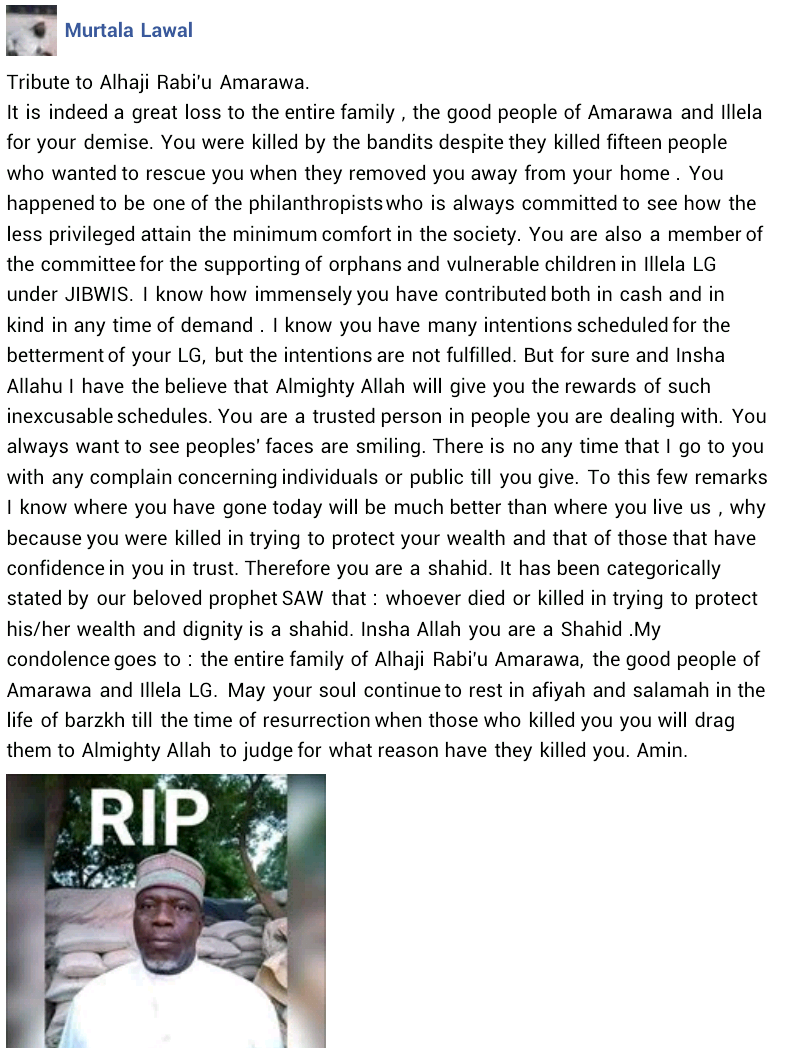 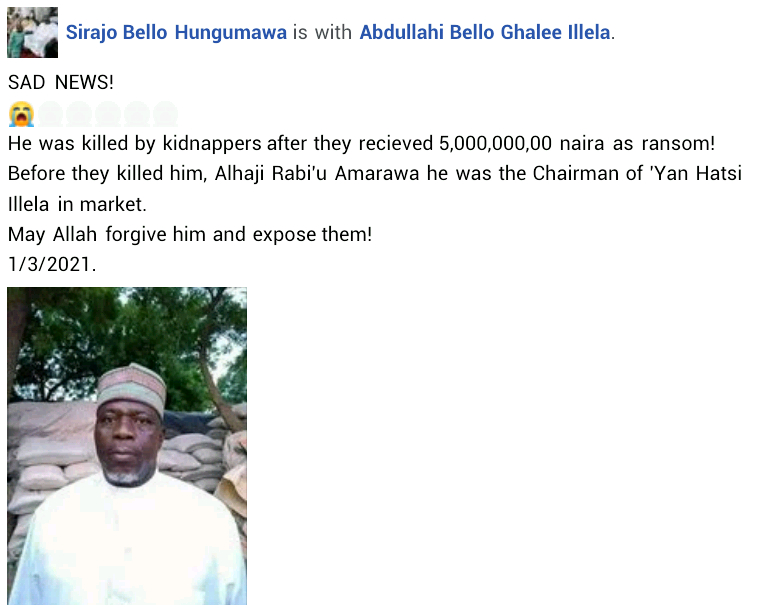