Lamine Diack, the former head of world athletics’ governing body, has been jailed after being found guilty of corruption in the Russian doping scandal.

The 87-year-old from Senegal was convicted in France on Wednesday, September 16, and sentenced to two years in **** after he was found guilty of accepting bribes from athletes suspected of doping, to cover up test results and let them continue competing, including in the 2012 London Olympics. 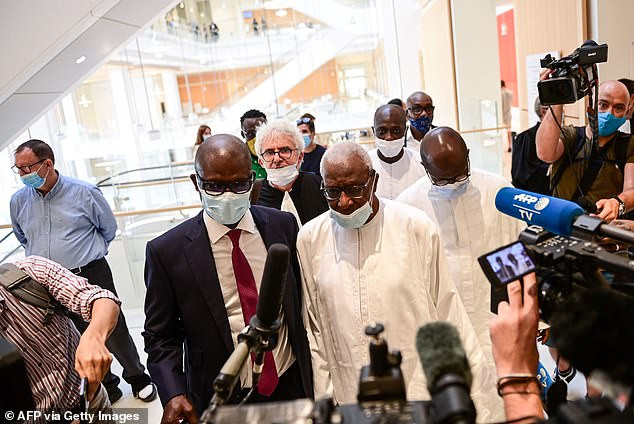 Prosecutors said Diack had solicited bribes totaling 3.45m euros (£3.15m) from athletes suspected of drug cheating. The presiding judge said the former long-jumper’s actions had “undermined the values of athletics and the fight against doping”.

Diack was once one of the most influential men in the sport, leading the International Association of Athletics Federations (IAAF) from 1999 to 2015. The IAAF is now known as World Athletics.

News NUAdmin - July 22, 2020
The Department of State Services had dismissed the report of an assault on an official of the Federal Airport Authority of Nigeria by its...

Entertainment NUAdmin - July 18, 2020
Gal Pissetzky, a top Chicago lawyer representing alleged cybercriminal Ramon Abass, a.k.a. Hushpuppi said his case is getting better, even though he was denied...

Girl found floating in the middle of the sea on inflatable unicorn is rescued...

Metro NUAdmin - August 28, 2020
A little girl was found floating on an inflatable unicorn in the middle of the sea and she was rescued by a Greek ferry. The...

Metro HallaNaija - July 28, 2020
About five people were feared dead on Tuesday evening after a gas explosion at the Ajao Estate, less than five kilometers from the Murtala...

Kenya Entertainment NU Writer - July 30, 2020
Anchor Jeff Koinange made a comeback on Citizen TV, much to the surprise of his followers and audience. Koinange tested positive for Covid-19 on Monday, July 20,...

Naira Marley Vs Tinubu For President 2023, Who Would You Vote For ?

Entertainment HallaNaija - July 5, 2020
American Pop star Kanye West just twitted on his page that he will be contesting for the presidency in the United States of America...