Nigerians are mourning a woman who was allegedly crushed to death by her angry husband as she tried to stop him from driving out of the compound with her phone.

According to SaharaReporters, the husband named Makanjuola Ayedun from Isanlu community, Yagba East Local Government Area of Kogi State, crushed his wife, Mrs Nike Ayedun to death with his car.

Ayedun allegedly knocked down his wife, Nike, a staff member of World Bank office at Asokoro, Abuja, while reversing his car.

It was learnt that due to the speed with which he reversed, the car crossed an untarred road and crashed into a building where some things were destroyed.

Ayedun allegedly tried to flee when he realised that he had killed his wife, blaming the incident on brakes failure.

However, SaharaReporters said a source revealed that it was not an ********. A source also alleged that the man had always physically assaulted his wife.

The source said, according to the publication: “The whole issue started when Nike discovered that the safe box she had got for the purpose of saving money for her son, who demanded a huge birthday party, had been broken by her husband. She then confronted him about it. That was how the husband started beating her.

“After beating the hell out of her in the house, he collected her phone so that she could not call anyone. The man went outside and turned on his car’s engine while he came down to open gate. Nike ran to the gate demanding her phone. The husband said he would crush and kill her, and before she knew what was happening, the man knocked her down with full force while reversing the car,” the source said.

Nike, a mother of two boys, was said to be the breadwinner of the family as her husband was not employed. 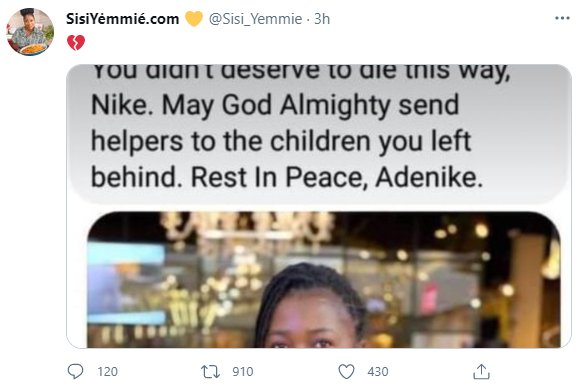 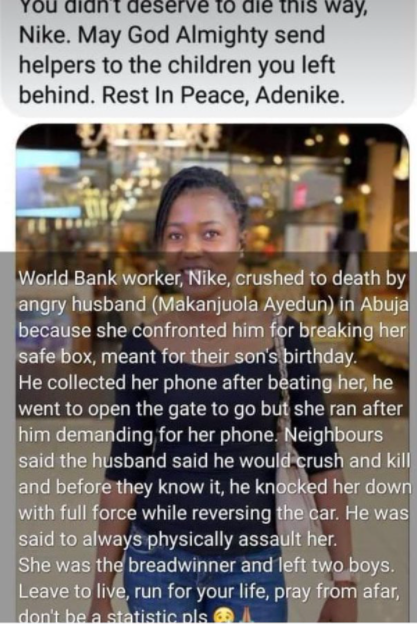 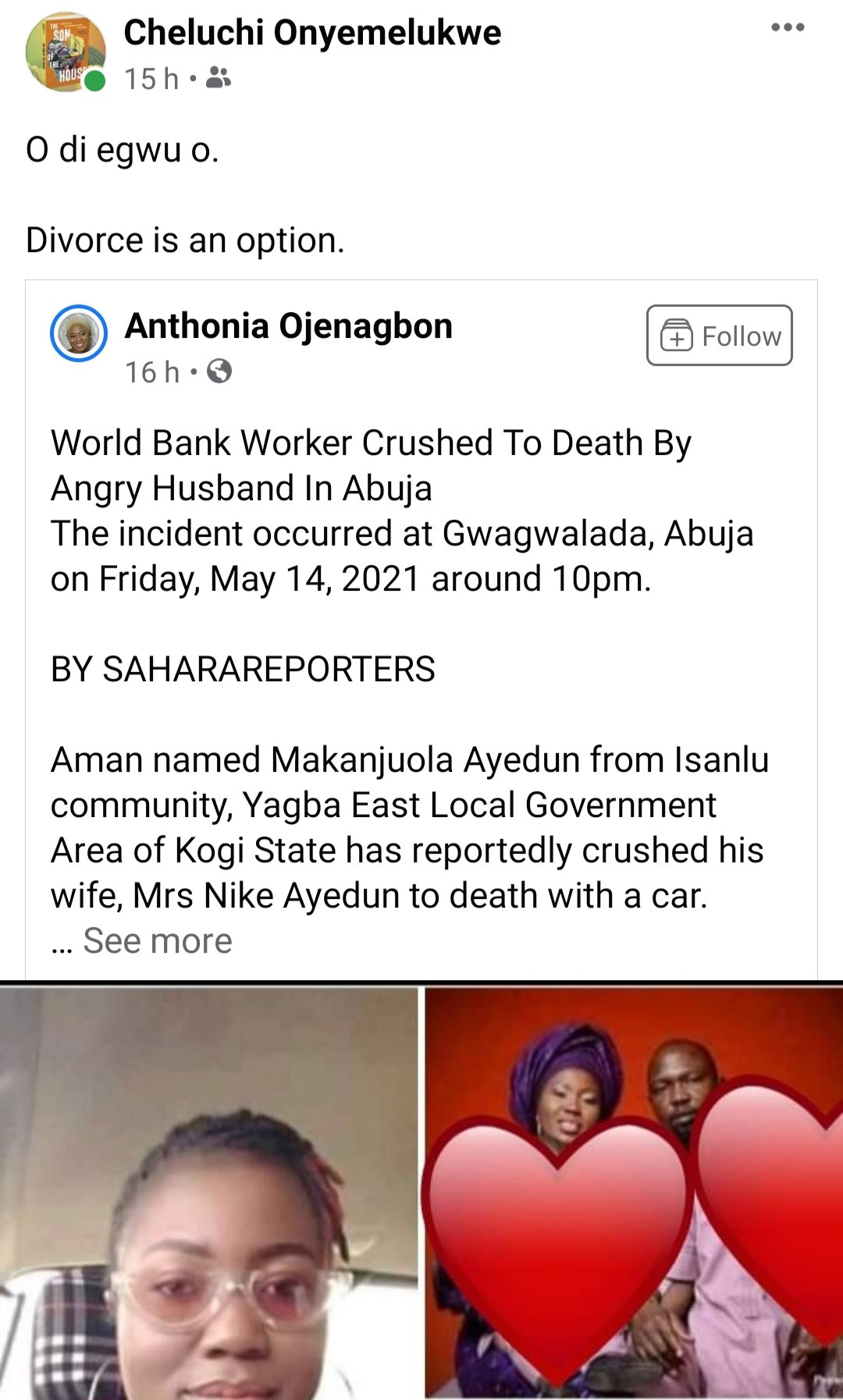