Heavyweight boxing champion, Anthony Joshua has named five fights he could have after Oleksandr Usyk and also claims his next opponent is ‘just as good’ as Tyson Fury.

AJ’s clash with Usyk was finally confirmed on Tuesday, July 20 as a 60,000 sell-out for September 25 at Tottenham Hotspur stadium. 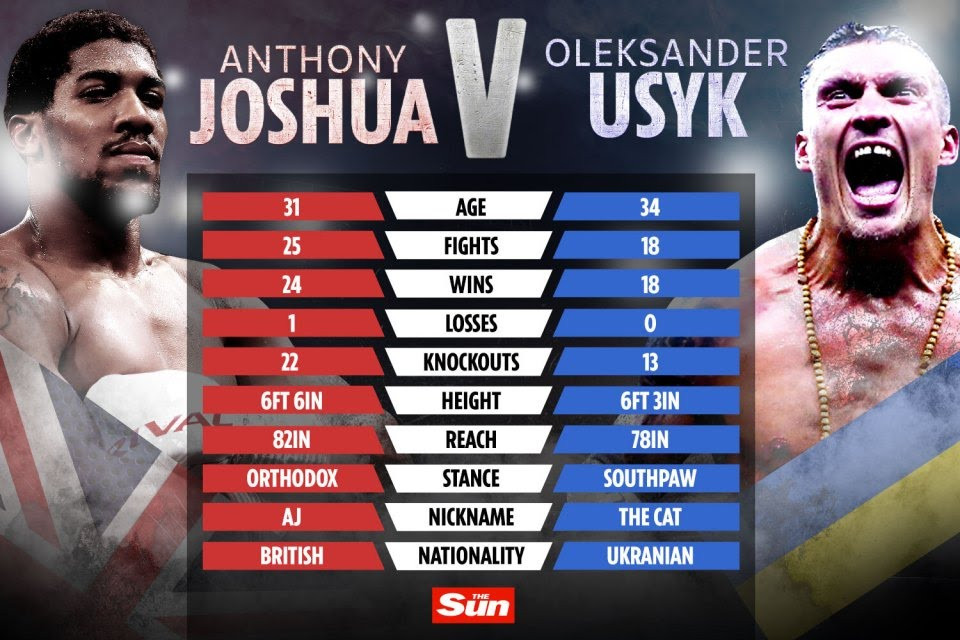 AJ, 31, won Olympic super-heavyweight gold at London 2012 the day after Usyk, now 34, won the same medal in the heavyweight division.

Usyk went on to rule the 14st 4lbs cruiserweight division as undisputed champion and has now enjoyed two warm-up fights in the blue-riband ranks.

Now the WBO has ordered 24-1 AJ to face the undefeated southpaw – and the Englishman is adamant he possesses just as many skills as Fury.

However, Joshua who has the WBA, IBF and WBO titles, says he is remaining positive after his fight with the Ukrainian was formally announced.

Joshua told Sky Sports: “The most important fight for me is the next one but you have to have a vision of where you want to get to.

“I have to stay consistent and stay ready. Once I fight Usyk, who knows what will happen next?

“I have to stay on track and ready for each fight, but have a long-term plan.

“It’s about the belts, not the person. I don’t mind who it is. I want to fight for legacy.”

“I’ve got another challenger who’s good, just as good as Fury. I have to be serious about him now.

“I would have loved to have boxed for the undisputed championship because it was a big fight for the public. We had everything set up.

“I have to move forward and not keep dwelling.”