For three of the past six years, a woman from Florida, Kristin Lammert has spent August 25 in a delivery room.

The three children were born three years apart, in a feat that doctors have described as being “really rare”.

Kristin Lammert, of Oviedo, central Florida, told TODAY magazine that she had given birth to all of her daughters on 25 August, each of them three years apart – in 2015, 2018 and now 2021. 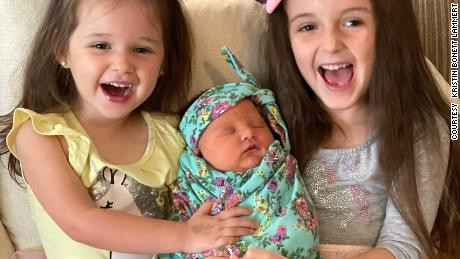 Ms Lammert said she had been expecting a third daughter around 25 August and had a due date two weeks later – but still did not anticipate a hat-trick.

Because of Covid, however, she was being monitored closely by doctors who told her that she was expecting earlier than September.

At which point she turned to her husband, Nick, and said their third daughter was “totally going to be born on the 25th”, like their first two. Their six-year-old daughter, Sophia, agreed. 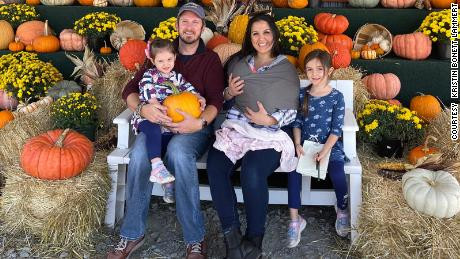 “My doctor said up to two weeks early. That’s when I looked at the calendar and I remember turning to my husband and saying, ‘Oh my gosh, Nick, two weeks before the due date is Aug. 25,’” said Ms Lammert. “He’s like, ‘No way.’”

Fortunately for Sophia and Giuliana, their two daughters, a birthday celebration was held the weekend before 25 August this year, when Ms Lammert went into hospital.

“She thinks that it’s very special,” Ms Lammert said of Giuliana, their second daughter. “She just loves that she’s sharing her birthday with her sister because she’s now had three birthday parties that have been joint birthday parties.”

Ms Lammert said she buys separate birthday cakes “so they each have candles to blow out”, and that she tried to make it special for her daughters, despite sharing the day.

“The Guinness Book of World Records holder is a family that have five siblings born on the same day and they listed that as being about one in a 17 billion chance.”