The 19-year-old girl accused of blackmailing a former Permanent Secretary of the Bayelsa State Ministry of Education, Dr Walton Liverpool, with a $..3..x tape was arraigned and photos of her in court have emerged.

Miss Charlotte Delhi, 19, allegedly shared a n*d..3 video of Dr Walton Liverpool on social media with an intention of extorting N15 million from him.

The girl was accused of engaging in cyberstalking with an intention of blackmail which is contrary to section 24(2)c and punishable under subparagraph (b) of the cybercrime (prohibition, prevention etc) Act, 2015. Photos of her arriving at the court in handcuffs and a green ****** uniform have been shared online. She’s seen exiting the police van that brought her to court as ****** officials lead her into the courtroom. 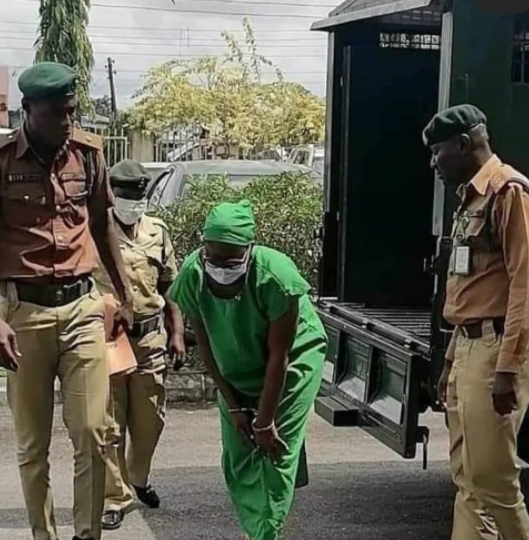 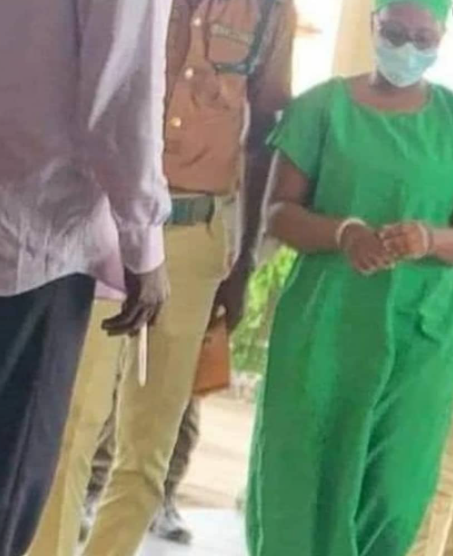