Spokesperson of the command, ASP Mohammed Jalige, who disclosed this in a statement on Thursday, March 18, said the police received a tip off from a reliable source that bandits were planning to ****** the town.

In response, the police trailed the bandits and engaged them in gun battles leading to the death of two bandits.

“On 17th March 2021, at about 1045hrs the combined team of FIB, STS, TIU and Operation Yaki of the Command while acting on credible intelligence, trailed some suspected Armed Bandits to Saminaka Town of Lere LGA whom from reliable source were planning to launch a deadly ****** on law abiding citizens of the state,” the statement reads.

“However, the bandits who were well armed and upon sensing the arrival of the Operatives, immediately started shooting sporadically at different directions. This resulted in a fierce exchange of fire between them and the Police Operatives of which the fire power and operational sagacity of the Police succeeded in neutralizing two bandits and wounding several others who escaped into the forest abandoning their operational weapons.”

Jalige said the success of the operation is largely based on the courage and tactical precision displayed by the gallant officers, adding that the triumph is without casualty of any kind on the part of the operatives. 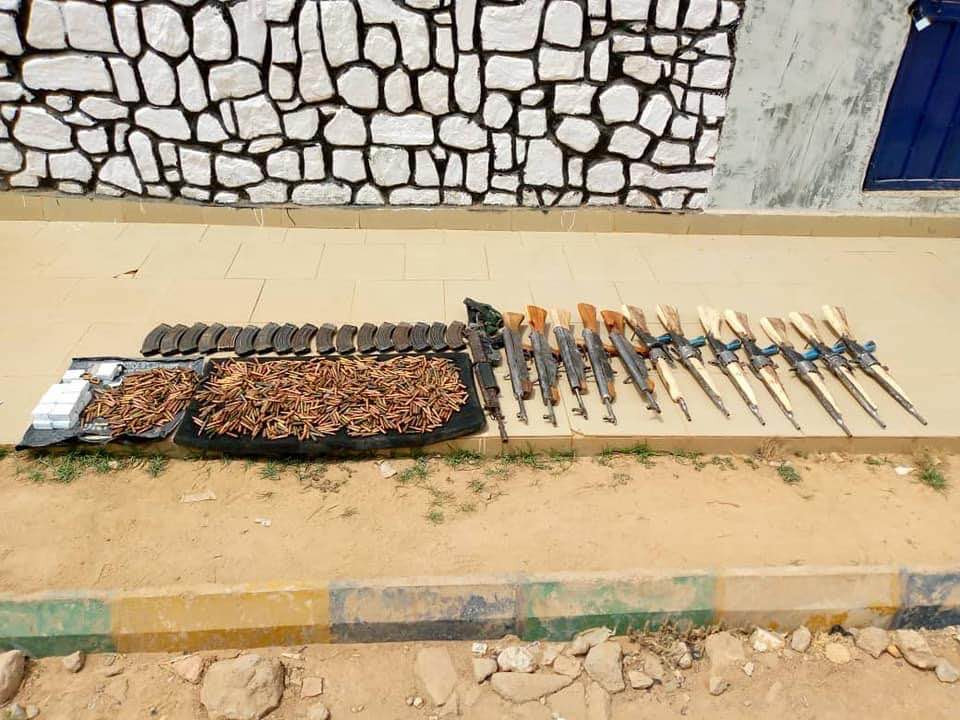 Jalige said bodies of the bandits have been recovered and deposited at Barau Dikko Teaching Hospital, Kaduna.

He further disclosed that investigation has since been initiated while concerted effort is being intensified with the view to getting the injured and other fleeing bandits to face the full wrath of the law.

“The Command while calling on members of the communities within the said axis to be watchful and report any suspicious person(s) with injuries to the nearest Police formation, is still soliciting for more cooperation with the police on prompt intelligence sharing so that together we can secure our communities and the State in general.”