Rapper NBA YoungBoy has been released from ****, six months after his arrest for illegal possession of firearms. The rapper has been p, according to reports.

The rapper was released in Louisiana on Friday, October 22 with “significant conditions” and placed under house arrest, following his arrest on charges of “illegal possession of firearms by a felon and possession of an unregistered weapon.”

The rapper was granted $1.5 million bail and placed under house arrest, among other strict conditions, as he awaits trial in his native Louisiana, his lawyer confirmed to Rolling Stone on Friday.

The rapper will be under 24-hour house arrest in Utah, where he owns a home, according to Louisiana’s daily newspaper The Advocate. He also has to make an appearance before a judge in Los Angeles next week. 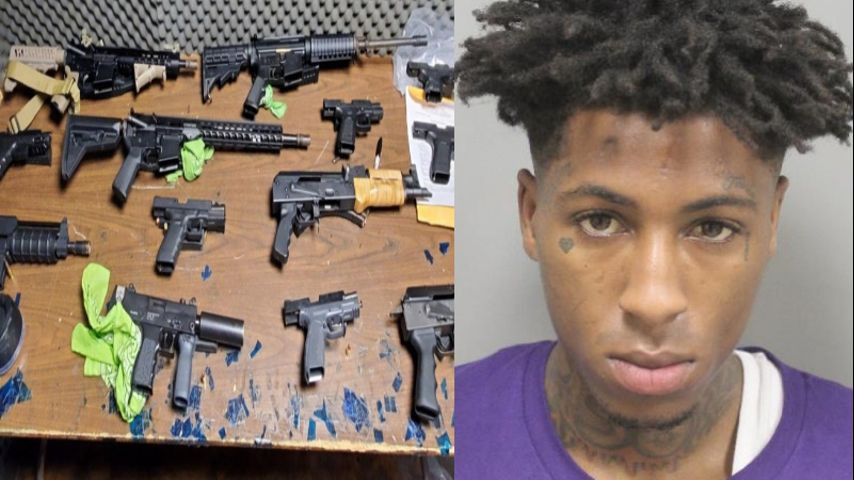 The “Bandit” rapper was arrested in Los Angeles in March. The arrest stemmed from a drug and gun bust from September 2020 in Louisiana. The authorities claimed that the rapper had a .45 pistol and unregistered 9mm handgun on him when he was arrested for possession of drugs in Baton Rouge.

Because he had previous felonies on his record, including aggravated assault, YoungBoy was arrested for possession of the firearms. The judge presiding over the case initially ruled to have the rapper remain in **** as he awaited trial, claiming that YoungBoy was “inclined toward reckless, illegal, dangerous behavior” and that no amount of bond would ensure public safety.