Screenwriter Michael Ogah has recounted constantly feeling sad and attempting suicide as a child because he was always compared to other kids.

Michael said he was not as intelligent academically as most kids and it troubled him because he always took the last position in class.

He said he once wrote a letter to God, begging him to make him better academically, and he threw the letter to the sky. The following day, he found the note on the floor, crumbled and beaten by the rain, and this made him sadder.

He recalled sitting in his mother’s kitchen with a knife, trying to end it all. 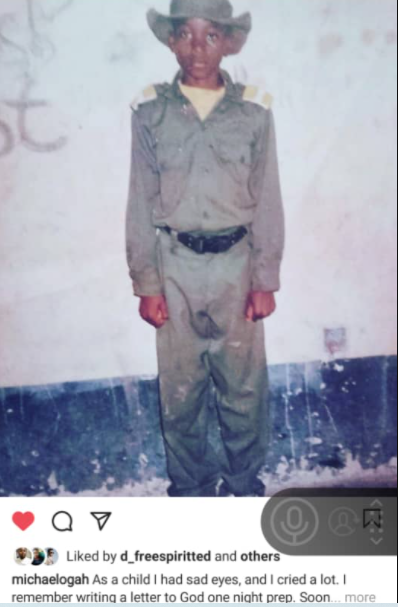 As a child I had sad eyes, and I cried a lot. I remember writing a letter to God one night prep.

Soon after I excused myself from class and folded the letter into a paper airplane I sent to the sky.

In the letter I asked God to make me, not the most intelligent kid in my class, but fairly okay (because I had been coming last in class for too long and I was tired of feeling like a failure).

The next morning, I was sweeping the back of my classroom when I saw my letter in the grass. It was all crumpled and beaten by rain. “God never got my letter, He never got it. I will never be intelligent,” I wept.

All that is in the past now, but I can’t help seeing my younger self in children of nowadays.

I hear parents say to their children, “Why won’t you just be like your brother or your sister” and my heart breaks.

I think back to times I sat on the floor in my mother’s kitchen as a ten year old with a knife to my stomach.

When I started writing I wanted to portray the beauty of weakness, and to date I don’t care what anybody thinks about it.

Happy new month, everyone, and to parents in the house, please be kind with your words; children are fragile, handle them with care. 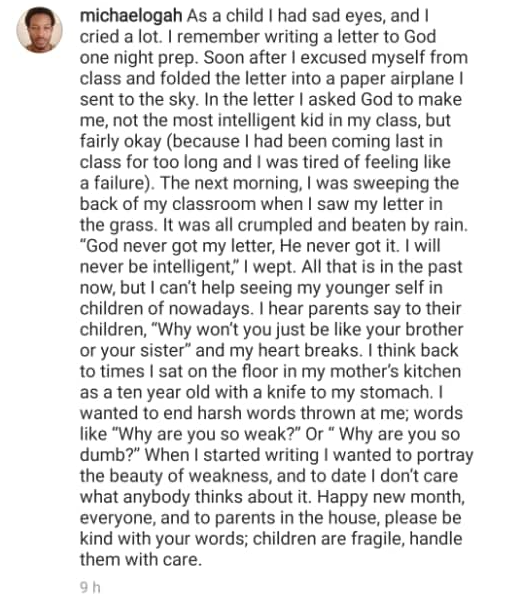 Asked whether he later became intelligent, he responded: “I had a phase where all seemed perfect. I think it taught me that hard times don’t last, and some times it is all about how I perceive what I am going through.” 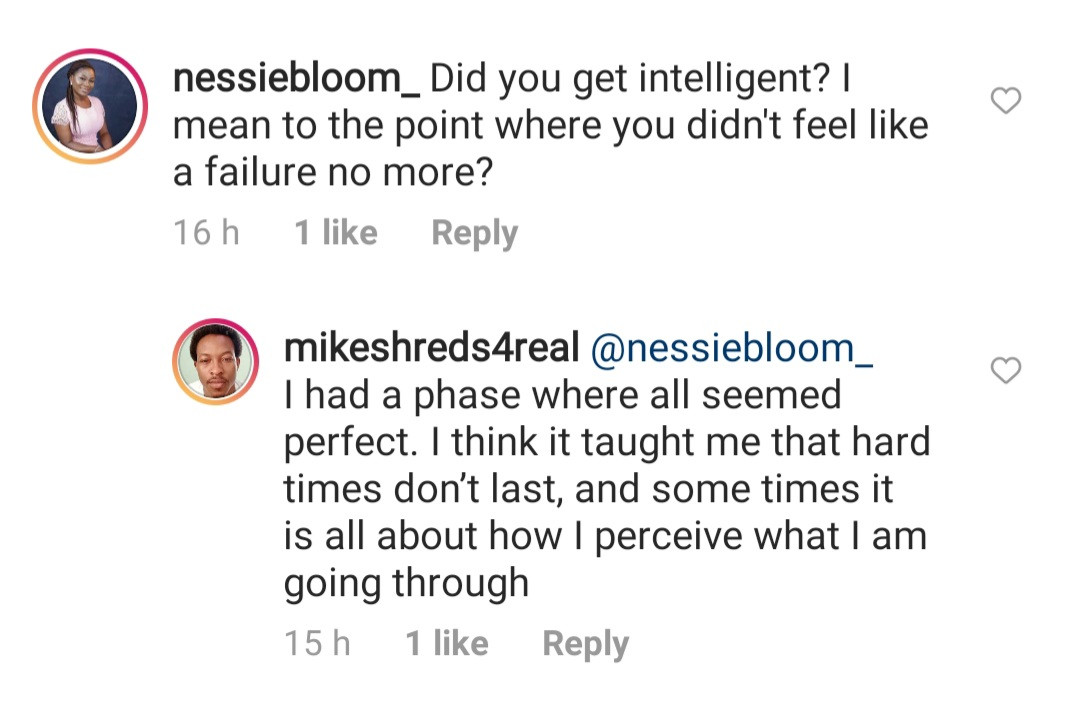