Comedian Funnybone has reacted to Super Falcon players being confronted in Austria by a Nigerian man who alleged that they were representing a “********* country”.

The comedian who noted that the football players are not the cause of the country’s problem, stated that they shouldn’t be attacked on that account for whatsoever reason.

Pointing out that football is a unifying factor valid in the present day Nigeria, he urged the man to take his complaints to the Nigerian embassy in Austria. He concluded by stating that the man should be charged for assault for harassing the female football players. 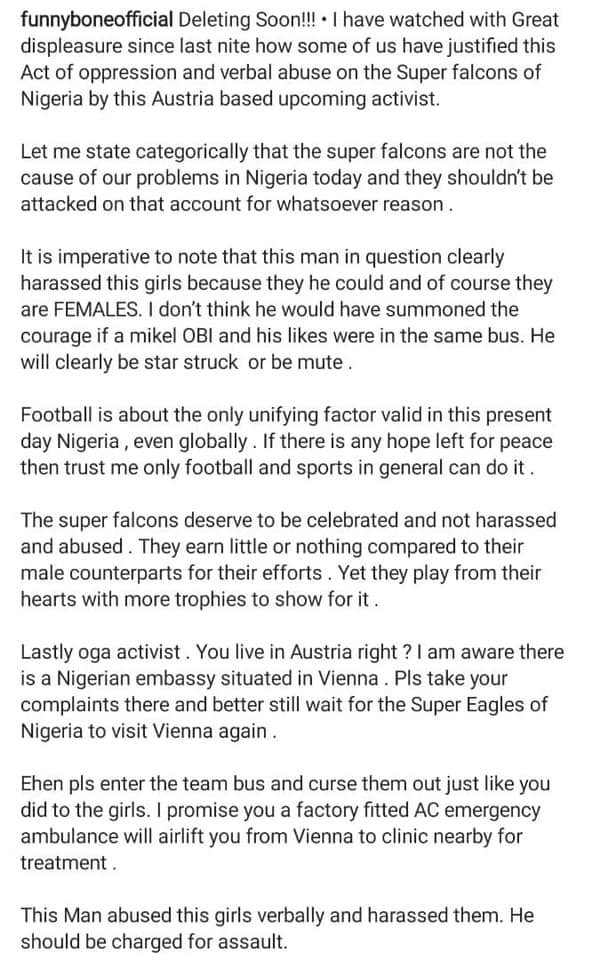