The Kano Zonal Command of the Economic and Financial Crimes Commission, today August 6, secured the conviction of three internet fraudsters before Justice Musa Danladi of the Katsina State High Court, Katsina for impersonation and cheating.

The convicts, Mojeeb Olayemi and Afonja Mujeeb Adewale, were prosecuted on a one-count charge while Paul Kelvin Alfred was charged with two counts of fraud. The convicts pleaded guilty to their respective offenses.

Counsel for the prosecution, Mohammed Gambo asked the court to convict each of them accordingly. Counsel to the convicts, N. I Abdallah, M. T Steven and A. Yusuf all pleaded for leniency on behalf of their clients.

”Consequently, Justice Danladi convicted and sentenced Kelvin to three months imprisonment on each of the two counts with an option of a N50, 000 (Fifty Thousand Naira Only) fine. The sentence is to run consecutively while his iPhone 11 Pro and Infinix were ordered forfeited to the Federal Government of Nigeria.

Mojeeb Olayemi on the other hand bagged two months imprisonment or a fine of N20, 000 (Twenty Thousand Naira Only). He is also to forfeit the instruments he used in committing the crime which are an iPhone and Gionee mobile devices.

The court equally sentenced Afonja Mujeeb Adewale to three months in ****** with option of N50, 000 (Fifty Thousands Naira Only) fine. The court further ordered that Afonja restitute his victim the sum of $585 (Five Hundred and Eighty-Five Dollars) and forfeit his iPhone 11 Pro to the Federal Government of Nigeria.”a statement by the commission reads in part

The commission added that with the conviction of the trio, the agency has now secured 14 convictions in three days – all part of the group of youth, mostly undergraduates of Federal University Dutsinma, arrested in Dutsinma during a raid by operatives of the Commission. 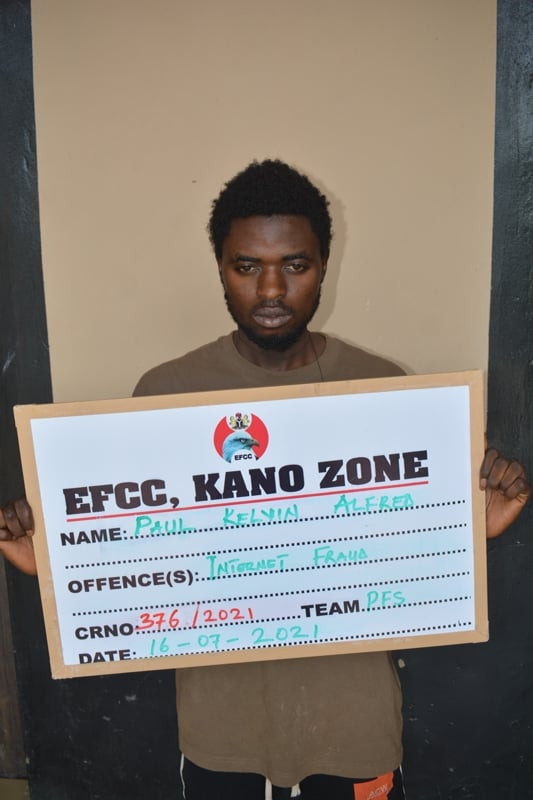 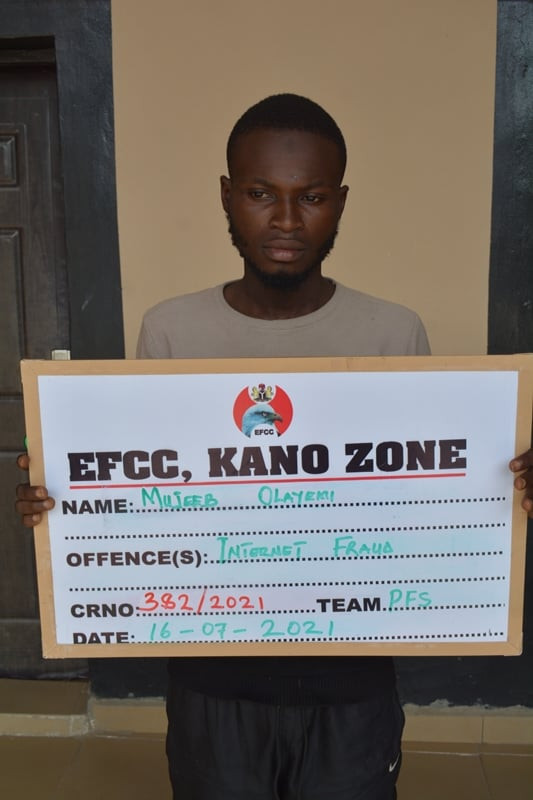 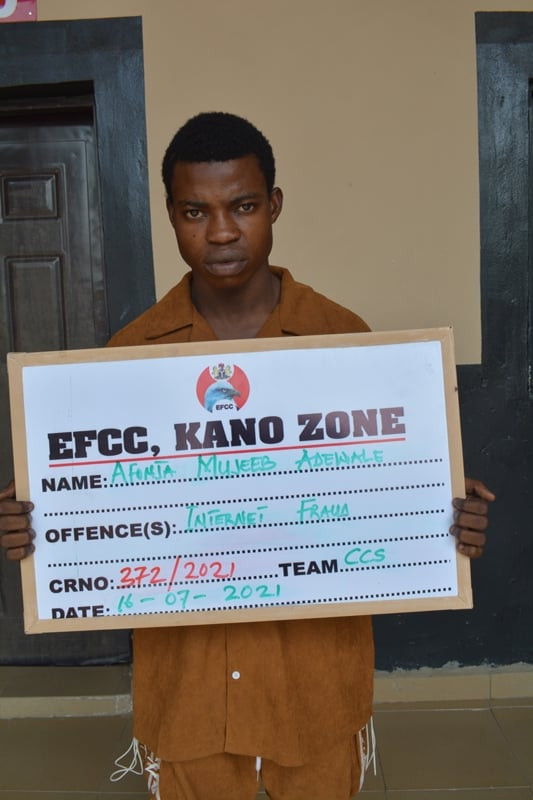