Boxer, Deontay Wilder could be in for a £5.65million pay day from Anthony Joshua and Tyson Fury after a US court ruled in his favour.

Fury and Wilder were meant to fight last summer for the third time as stipulated in their contract but Coronavirus restrictions plus Wilder’s claim of injury stopped the match from going through. 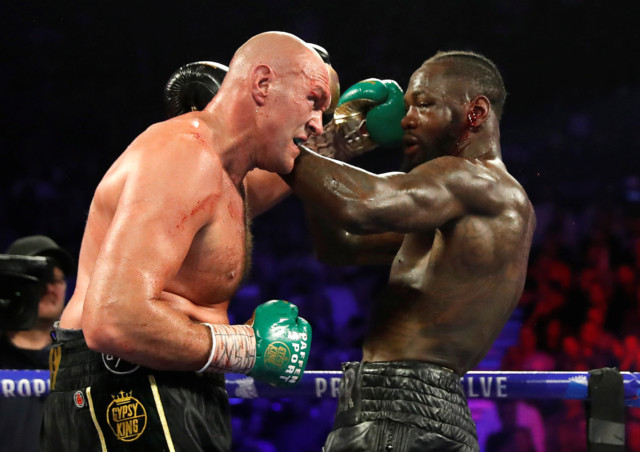 After Fury began negotiations to fight Joshua, Wilder came back asking that his fight contract with Fury be respected and carried out but Fury rejected his proposal saying the contract timing has already expired.

Now a court has ruled that the trilogy fight clause in the Deontay’s contract with the Gypsy King must be honoured by September 15.

The decision will be a major problem for Fury and Joshua who have a 200 million dollars fight scheduled in Saudi Arabia this August.

However, sport lawyers and analysts now believe that Fury and Joshua will have to pay off Wilder if they want their match to go ahead.

According to Gareth A Davies, a popular boxing journalist, a deal including £5.65m and an agreement to fight at a later date may have to be thrashed out.

“It is a civil case so I think they can still sign the fight between Fury and Joshua.

Fury, 32, thrashed Wilder in their February 2020 rematch, following a controversial draw in their first bout, and were due to fight for a third time.

Speaking in May of last year, Fury claimed he would rather fight Wilder again than pay him a penny to stand aside.

He told iFL TV: “Wilder’s got a rematch clause.

“Some newspaper reported that he wanted £10m to step aside.

“I’m not paying him no money to step aside, I’d rather take his scalp again.