A federal judge in Pennsylvania has sentenced a Nigerian man, Jabin Godspower Okpako, to more than seven years in ****** for conspiring to launder approximately $1.89 million in mail and wire fraud proceeds in a scheme that targeted women.

According to United States Attorney John C. Gurganus, Jabin Okpako and his wife, codefendant Christine Bradley Okpako, age 54, of Sayre, Pennsylvania, received approximately $1,898,046 million in proceeds from a mail and wire fraud scheme, laundered the funds through numerous bank and wire transactions in multiple states, and transferred the funds out of the United States to three separate bank accounts in Nigeria. 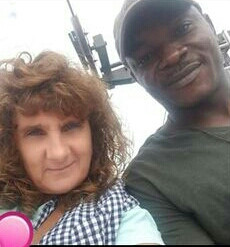 The mail and wire fraud scheme sought to defraud multiple female victims throughout the United States, ranging in age from 55 to 85.

The victims had visited online game, relationship and dating web sites, including Instagram, Facebook, Words with Friends, and What’s App.

The conspirators, located in the United States and West Africa, befriended the victims through interaction and exchanges of photos on the web sites via text and instant messaging.

After cultivating online relationships with the victims, the conspirators fraudulently induced the victims to send and transmit funds for various fictitious reasons and purposes, including to assist a worker in Alaska who fell from a tower, to purchase an apartment in Washington, D.C., to assist the United Nations, to repair machinery and equipment on an oil drilling rig, to pay for medicine, to recover a $6 million inheritance, and to make an investment in gold.

After fraudulently inducing the victims to provide funds for these fictitious reasons, the unindicted conspirators instructed the victims to transmit checks and cash to Okpako and Bradley at their residence in Sayre, Pennsylvania.

In sentencing Okpako, Chief Judge Brann stated that Okpako and his wife continued to transfer fraud proceeds to Nigeria even after numerous banks closed their accounts based on the suspicious and irregular nature of the transactions.

Chief Judge Brann also noted that Okpako and his wife continued to conduct money laundering transfers despite receiving a warning letter from the FBI concerning their activities.

Chief Judge Brann ordered Okpako to make restitution in the amount of $440,950 to victims and forfeit proceeds of the criminal activity.

Christin Bradley Okpako plead guilty on March 31, 2021, to conspiracy to commit money laundering through mail and wire fraud and is awaiting sentencing.

The case was investigated by the FBI.  Assistant U.S. Attorney George J. Rocktashel prosecuted the case. 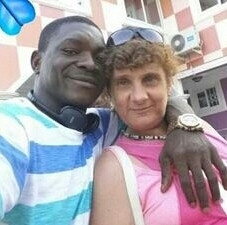 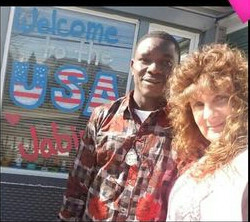