More than 1,500 workers at a German meat factory in North Rhine-Westphalia have tested positive for Coronavirus.

Health authorities quarantined all 6,500 workers at the Toennies meat plant and carried out mass testing after the outbreak came to light last week. The officials said some 1,553 tests have come back positive, with the regional premier of North Rhine-Westphalia now forced to enforce another lockdown until the end of June.

“The new regulations are comparable to what we saw [across the country] in March,” state premier Armin Laschet said, saying that the roughly 100,000 inhabitants of the Gütersloh district can be tested for free for coronavirus.

According to Mail Online, many of the workers ordered into quarantine with their families are migrant workers from Eastern Europe who live in crowded company-provided accommodation – prompting anger at the German plant managers over alleged ‘exploitation.’

The Toennies cluster is the largest of several new outbreaks which have sent Germany’s R rate rising to an alarming 2.76. The German meat factory has been blamed for a spike in the country.

The outbreak was first reported on Wednesday when 400 workers tested positive. By Friday, the number doubled to 803 and climbed further to 1,029 by Saturday. Last night it increased to 1,553.

The plant’s billionaire owner, Clemens Toennies, who is also the chairman of football team Schalke 04 has apologised for the outbreak and admitted that the firm has struggled to trace possible contacts. 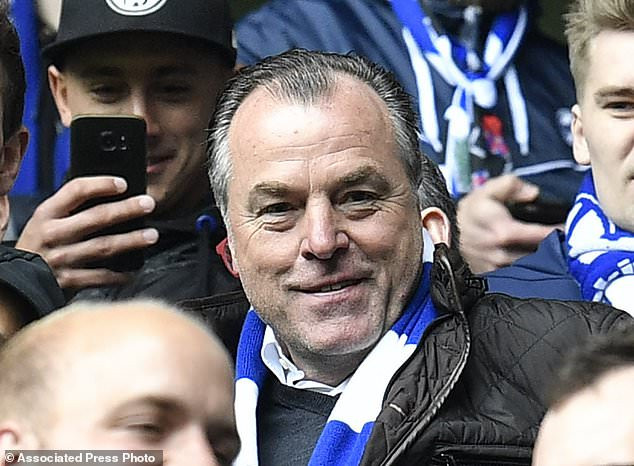 Toennies, who has an estimated net worth of $2.3billion said: ‘As a company, we thought we had done everything right.’

‘As an entrepreneur, I can only apologise. We have caused this and are fully responsible for it,’ Toennies said after operations were suspended because of the crisis.

The outbreak has also prompted protests in front of the meat-packing plant with many calling for the closure of slaughterhouses across Germany.

Germany has recorded 191,657 total cases of coronavirus and 9,058 deaths, according to Johns Hopkins University.