A car that ex Big Brother Naija housemate, Ceec was driving failed brake today in Enugu, resulting in chaos as people gathered at the scene.

In a video shared online Cynthia Nwadiora popularly known as Ceec is seen running around in confusion as people gathered round her car screaming.

Cries can be heard from the front of the building that Cee-C’s car appeared to have rammed into. 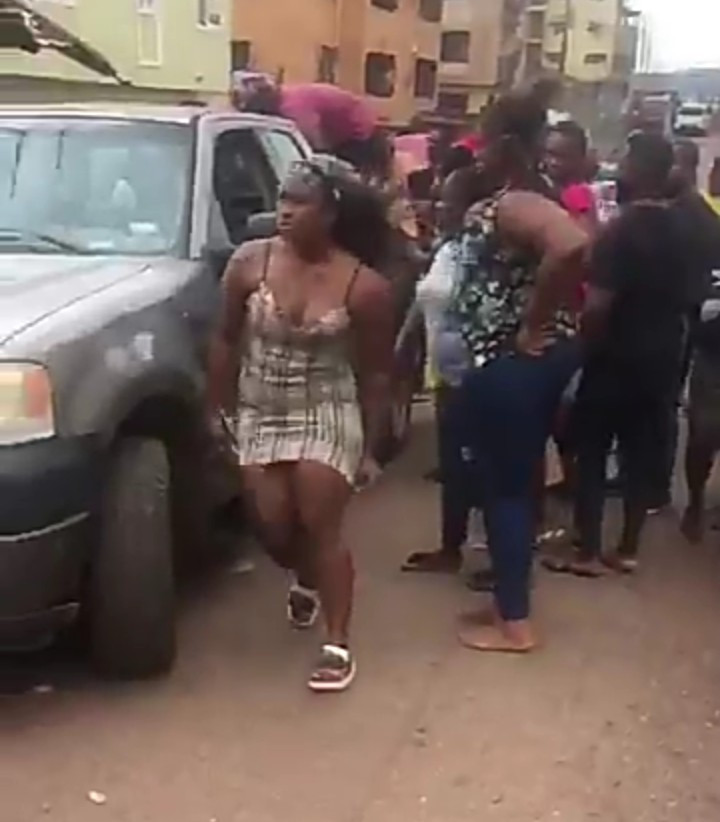 As the reality star runs to the front of the building to investigate the cause of the cry, she falls down and is helped up by someone.

It is not clear yet if anyone was hurt in the accident as Twitter users claim.

@Clareuche who is credited for the video refers to it as “the most traumatising thing ever.” 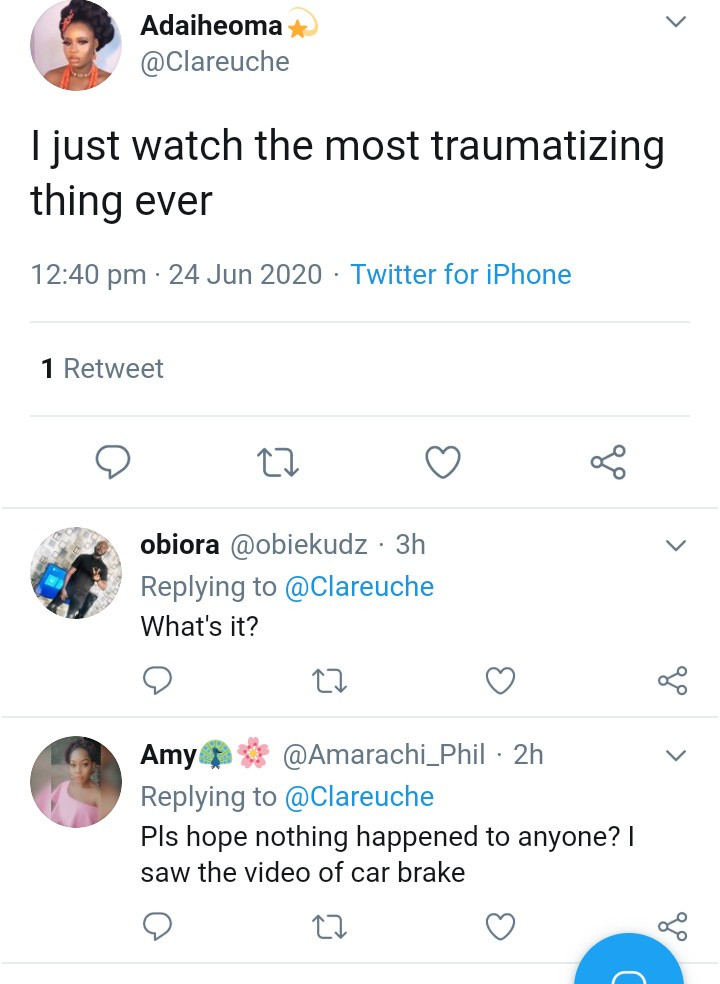 Some Twitter users have reacted by gloating and mocking the former reality star, others expressed hope that she and her victim (if any) are OK. 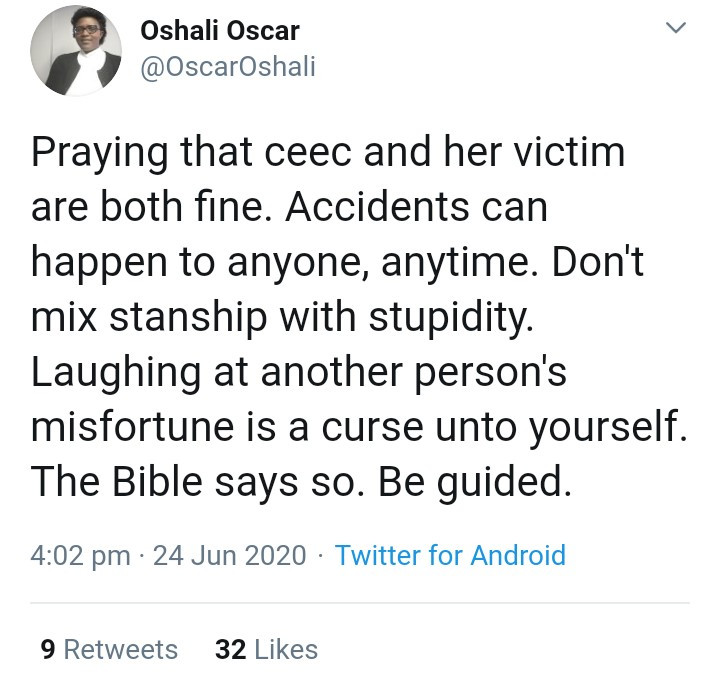 Meanwhile, a screenshot from a chat purportedly from Cee-C’s brother shows him saying that Cee-C is fine and everything is now under control. 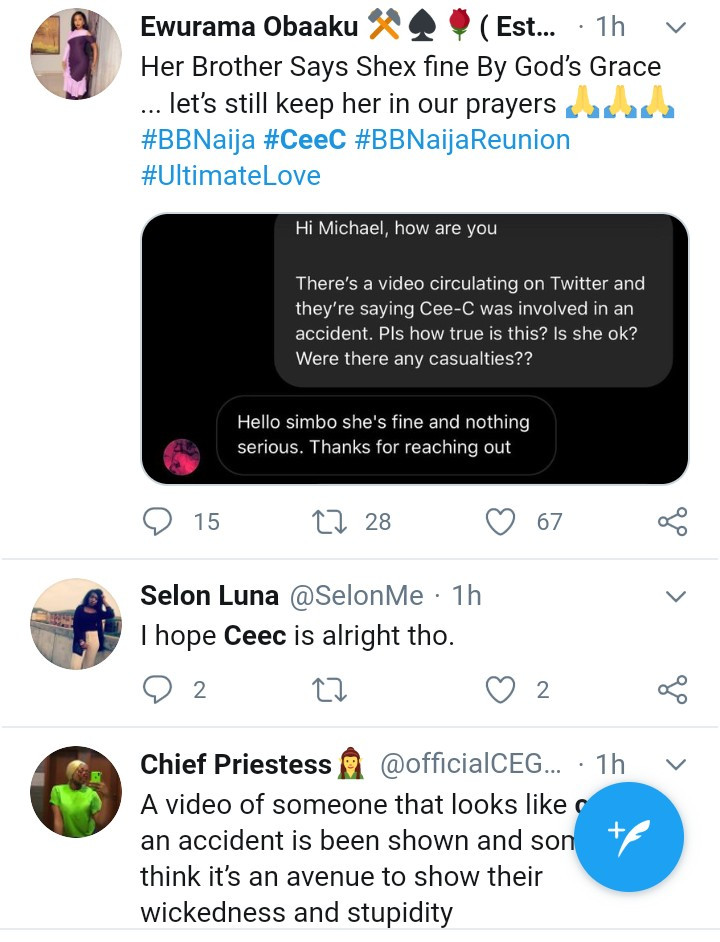 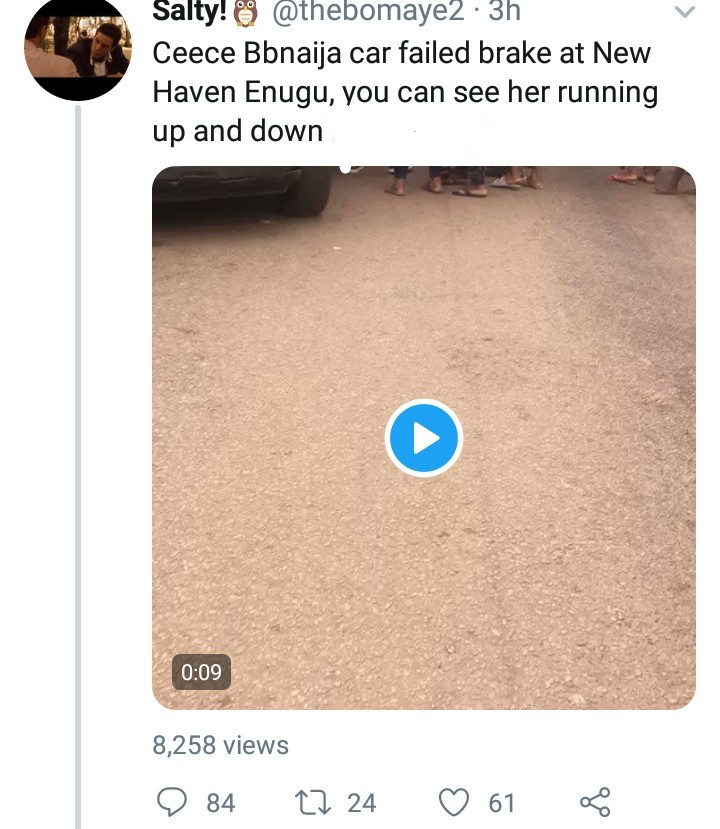 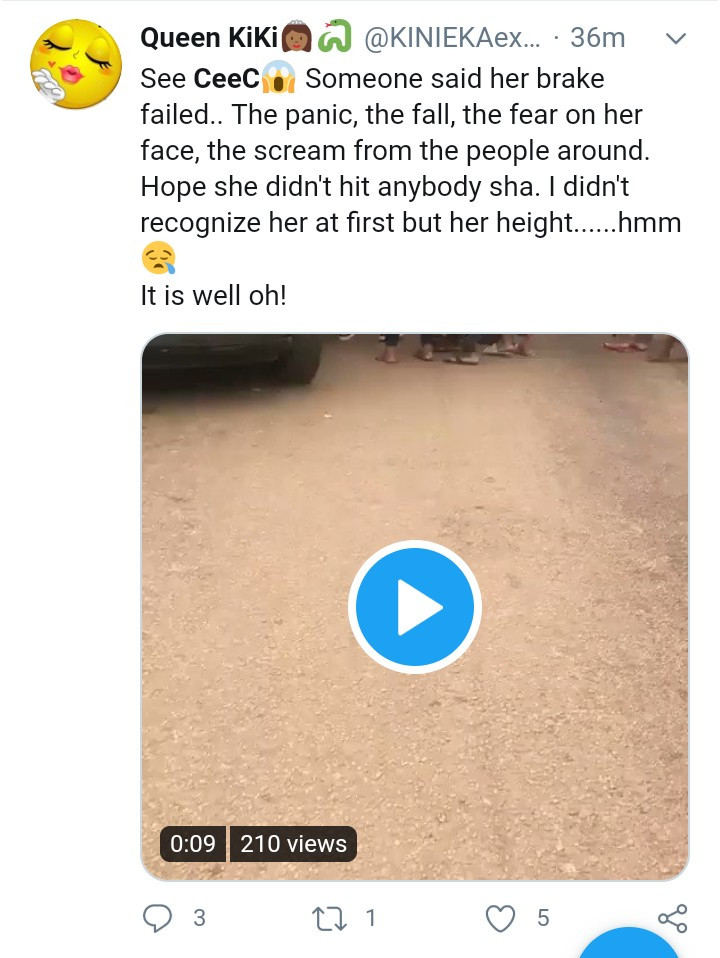 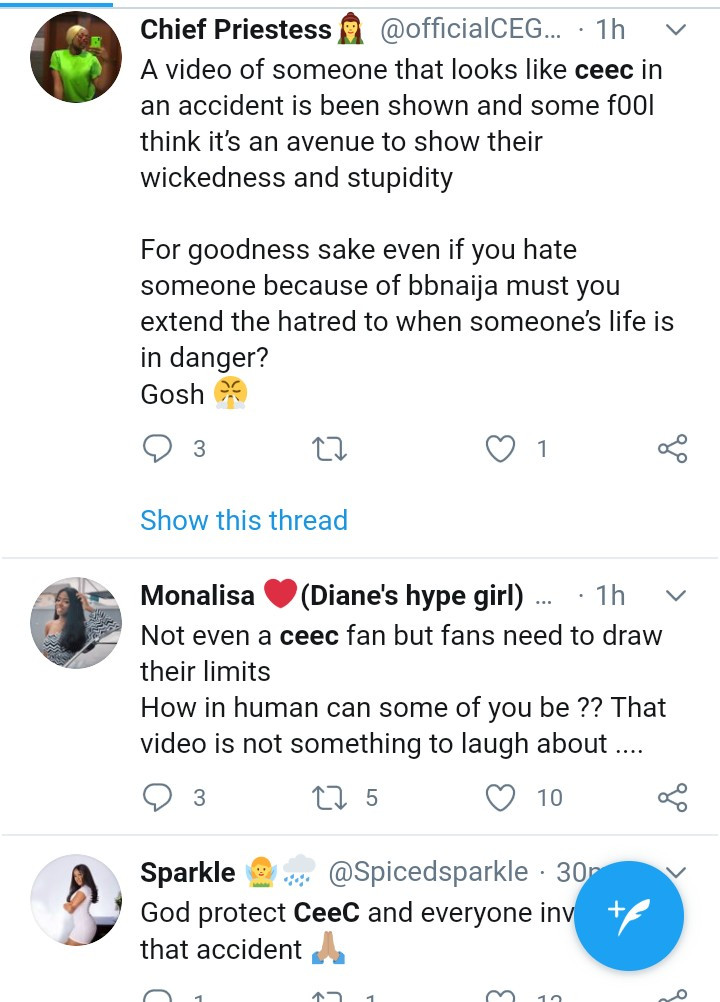