Three women were paraded after 818 rounds of live ammunition were found concealed in a bag of rice.

Lance Corporal Yowei, the husband of Eleana Yowei, is also currently detained by the Nigerian military.

Speaking to newsmen while being paraded alongside other suspects, 25-year-old Eleana Yowei (pictured above) said the bag of rice was brought home by her husband, Lance Corporal Yowei from Zamfara.

Eleana, who lives in Kano, said her husband of 7 years called her on the phone on May 28, to say Favour Bello, 21, who stays with her, will be travelling to Bayelsa and instructed her to give her the bag of rice when she’s travelling. He added that Favour has been instructed to hand the bag of rice over to her mother Priye Jimi, 30, when she gets to Bayelsa.

The next day, her husband called to tell her Favour has been detained at the car park by louts. He sent soldiers from the barracks who went there and were also detained. That evening, officers came to her home and arrested her.

She was taken to SARS office in Bompai, Kano, and detained for one week before she was transferred to Abuja. 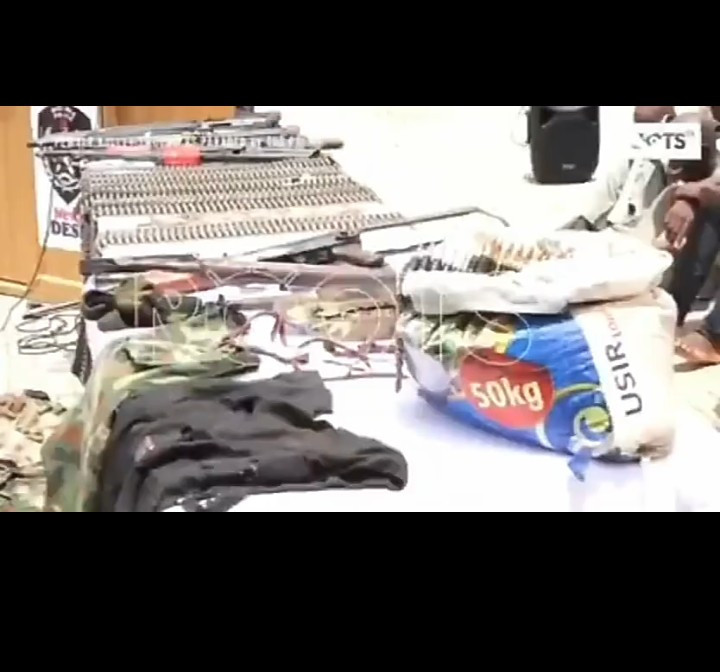 “For seven years which I married my husband this has never happened. Right now, I’m a victim and my only regret is that, because if trust, I did not check the content of it. I only just, on instruction, gave out the rice. Had it been I checked the content of it…”

Favour Bello, narrating what happened, said her mum called her on May 27, instructing her to come to Bayelsa “based on the lockdown”. Bello, who is a student of FCE Kano, said she lives with Eleana Yowei in the North since it’s close to her school.

She added that Eleana’s husband also informed her on the same day that his wife will give her half bag of rice to take to her mother and he sent her 19,000 Naira as her transport fare.

However, Favour was arrested at the park after transport workers noticed that the bag of rice was too heavy and opened it to check its content.

Favour said while being paraded that she had no idea what was in the bag until it was opened at the park.

Priye Jimi, Flavour’s mother, who police say is 30 years old, also said she had no idea what was in the bag.

While being paraded, Priye Jimi explained that she received a call from her daughter, Favour, complaining that she was having issues with Eleana Yowei, so she adviced her daughter to come home since there was a lockdown in place and schools were closed. She added that she got a message from Eleana’s husband telling her that he will send half bag of rice to her through her daughter but she had no idea what was in the bag of rice.

Nigerian Police force PRO, DCP Frank Mba, said during a press conference that the ammunition concealed in a bag of rice was intercepted in a car park in Kano by officers monitoring activities at various motor parks. 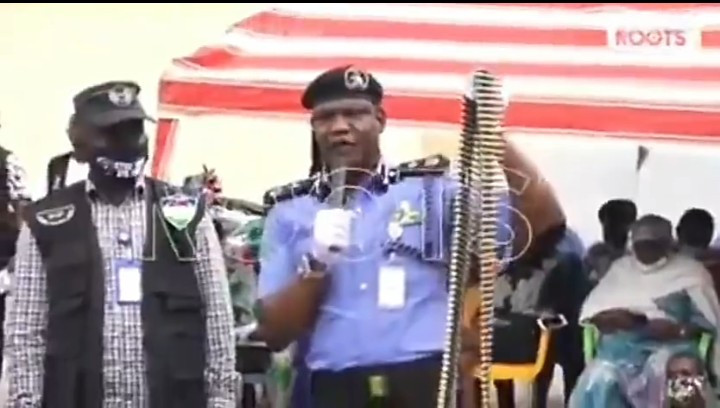 He said: “We have a total of 39 suspects, including 3 females all linked with offences ranging from kidnapping, armed robbery, cattle rustling, and gun running.

He added: “3 women aged 30, 25, and 21 years respectively were arrested for a failed attempt to move a total of 818 rounds of live ammunition all the way from Kano to Bayelsa state.”

He said Eleana’s husband has been arrested and “is currently detained by the Nigerian military.”

He adviced Nigerians against the need to get rich quick by going into crime.