A Nigerian man has taken to his Twitter handle to share his alleged experience with some ”drunk and high” police officers in Lagos.

According to @Mobenjaminmusic, he was stopped by the police officers while on his way home on Tuesday, June 30. He said the officers who accused him of doing ‘street’,” asked him and others that were arrested to pay them N300, 000 before they would be released.

He said he was eventually released after his uncle showed up and gave the officers some money. 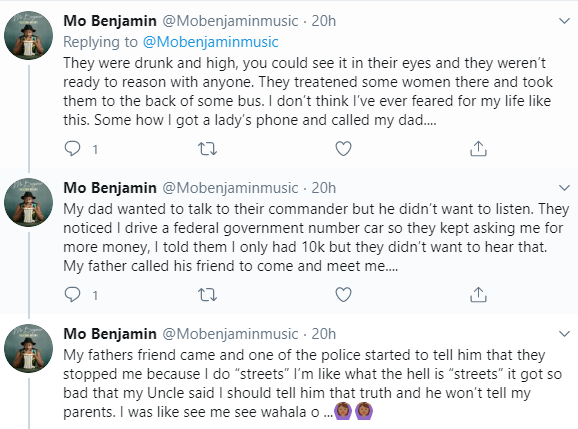