Popular car dealer, Ikechukwu Ogbonna a.k.a IVD, has accused his late wife, Bimbo’s family of not granting him access to their kids amid accusations that he subjected Bimbo to domestic abuse while she was alive.

IVD made the claim after a follower asked him to make peace with his late wife’s family.

Responding to this, the car dealer stated that asides from not being granted access to his children, he was not allowed to see Bimbo’s corpse. 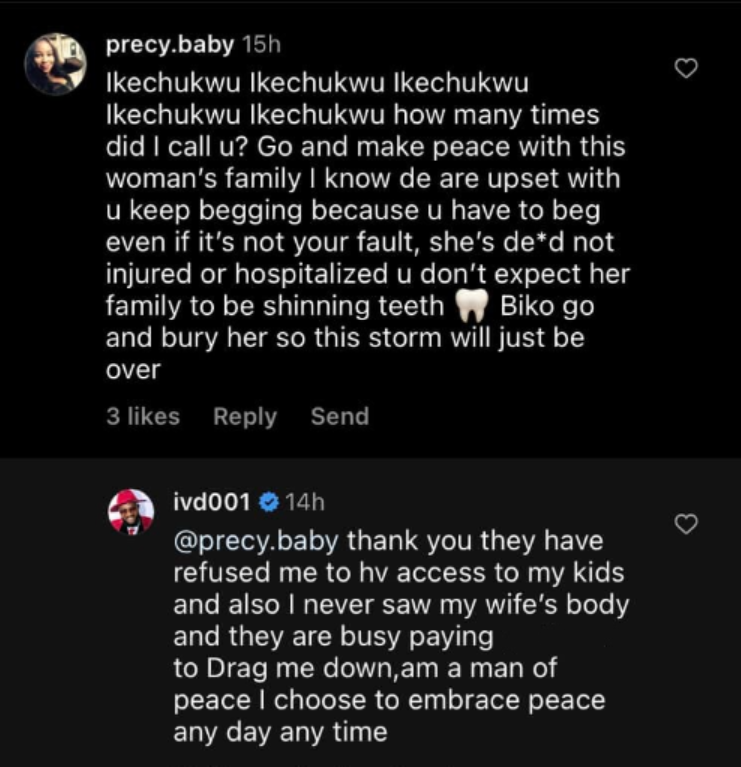