Bandits have reportedly killed a woman identified as Hajiya Rabi, her daughter and a student, Kabiru Namadi, in Zamfara State.

It was gathered that the gunmen blocked Sabon Gida, Bakin Gebe Road in Zurmi Local Government Area of the state on Saturday evening, and opened fire on the Corolla car, killing the victims.

Namadi, who was said to be a 300 level Biochemistry student of the Federal University Dutsinma, had driven them to Zurmi for a visit to the wives of the late Emir of Zurmi.

Facebook user, Yunusa Idris, who confirmed the incident on Sunday, January 8, 2023, said the victims have been buried.

“Yesterday evening, Bandits blocked Kaura to Zurmi road at exactly Sabon gidan Bakon gebe, they killed 3 people including one Hajiya Rabi and her daughter and one Kabiru, a driver who drove them to Zurmi for a congratulatory visit to the wives of late Emir of Zurmi who completed … their islamic order of 130 days (indoor) for a wife who loss her husband. On their way back, the Bandits terrorists attacked and killed them. Their funeral prayers hold yesterday at around 5:30pm according to the Islamic rites,” he wrote. 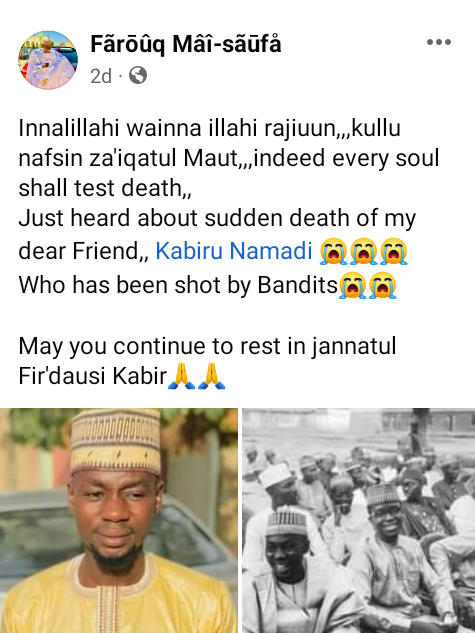 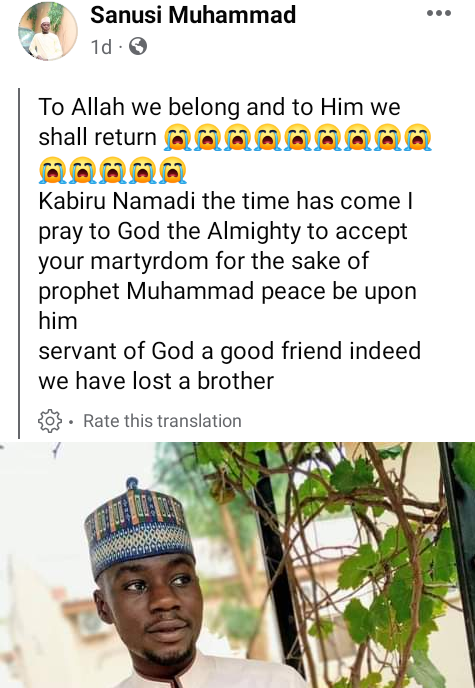 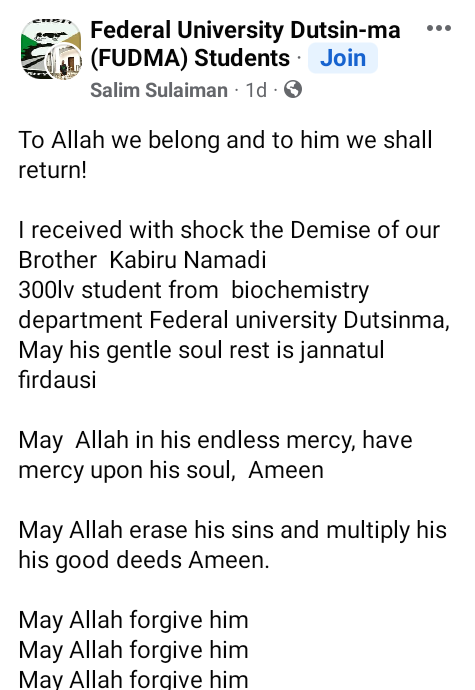 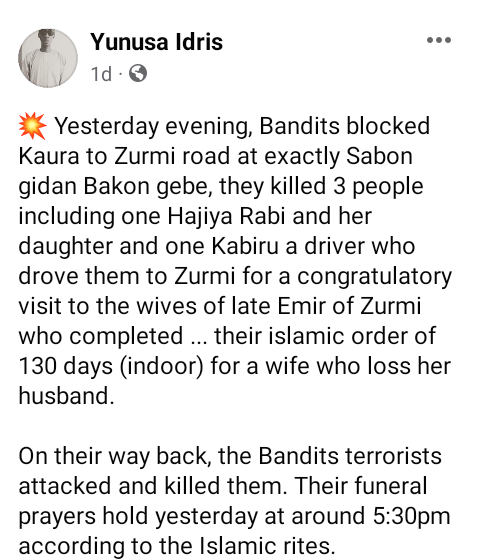