Prince Harry has accused the Monarchy of trying to ‘undermine’ his explosive memoir Spare because its controversial contents have ‘perhaps made them feel uncomfortable and scared.

During an appearance on The Late Show with Stephen Colbert on Tuesday January 11, he launched another furious attack on the royal family while promoting his book. 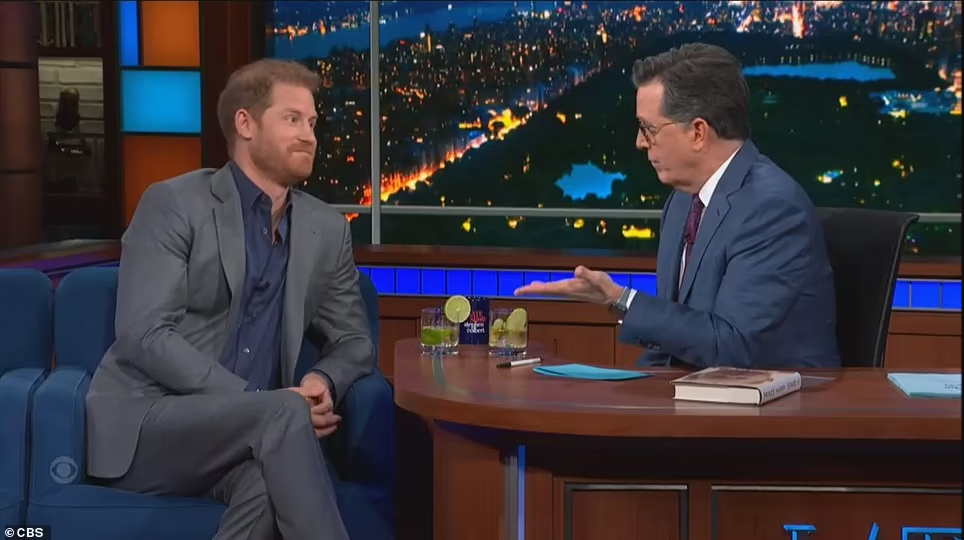 During the lengthy sit-down, Harry addressed the backlash to his memoir, with Colbert questioning whether he believes the royals have an ‘active campaign to undermine this book’.

‘Of course,’ the Duke responded – adding that ‘the British press has also been complicit in this so-called campaign’, with Colbert chiming in: ‘But aided and abetted by the palace.’

The father-of-two then suggested that what he perceives as the royals’ ‘campaign’ against his memoir has come as a result of its being ‘uncomfortable and scared’ over its contents.

‘There is a lot in there that, perhaps makes people feel uncomfortable and scared,’ he continued.

The wide-ranging interview with Colbert saw Harry address a number of topics, ranging from the farcical to the furious, with the Duke launching several tirades against the British press, accusing it of ‘abusing’ his wife Meghan Markle, and bizarrely suggesting that it was ’embarrassing’ for the media when he chose to quit the royal family and relocate to the US.

‘I know that you yourself are a very private person for being a public figure,’ Stephen Colbert said, while brandishing a copy of Harry’s book. ‘You are revealing a lot of things in here. It must be on a certain level kind of nerve-wracking to be out there publicly, physically representing the book… Would you like a cocktail before we begin?’

‘Yes please!’ Harry then responded as Colbert pulled out a bottle of liquor.

Harry once again addressed his sensational claim that his brother, Prince William, physically attacked him during a fight over Meghan – with Colbert taking particular interest in the necklace that the Duke accused his sibling of ‘breaking’ during the altercation.

Harry revealed that he has since had the necklace ‘fixed’ and pulled it out of his shirt, revealing that it now holds three pendants – two of which were presents from Meghan and are engraved with the heartbeats of their children, Archie and Lilibet, while the other was made for him by a ‘friend in Botswana’ and features a tiger’s eye stone at its center.