Lord, 30, and DeAvonte Kimble, 30, were both arrested after a barricade situation where the LAPD SWAT team was called in and found ‘several assault rifles, handguns, and 3 firearm suppressors, high-capacity magazines, assault rifle building parts/components, and thousands of rounds of ammunition’ on January 4. 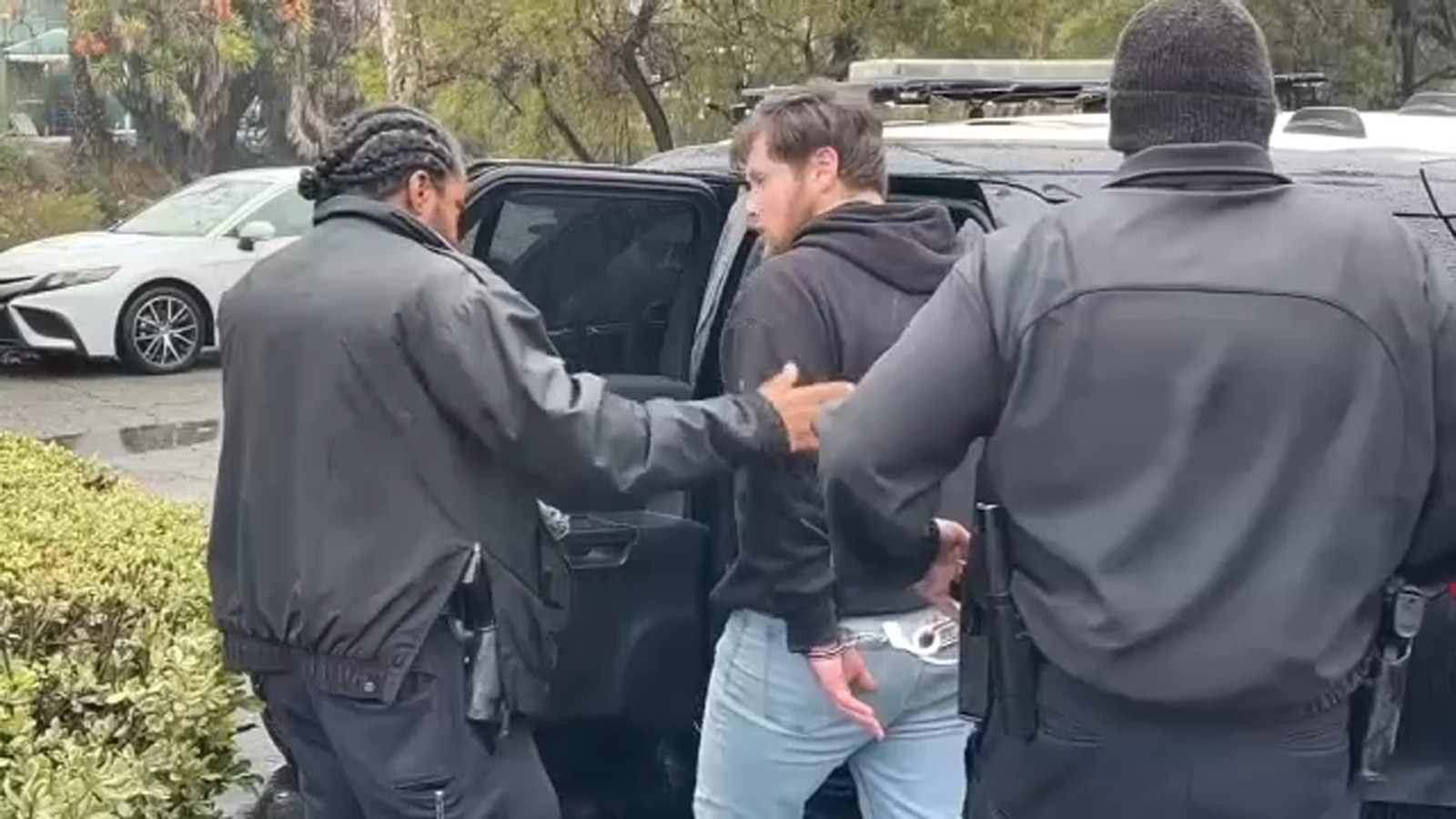 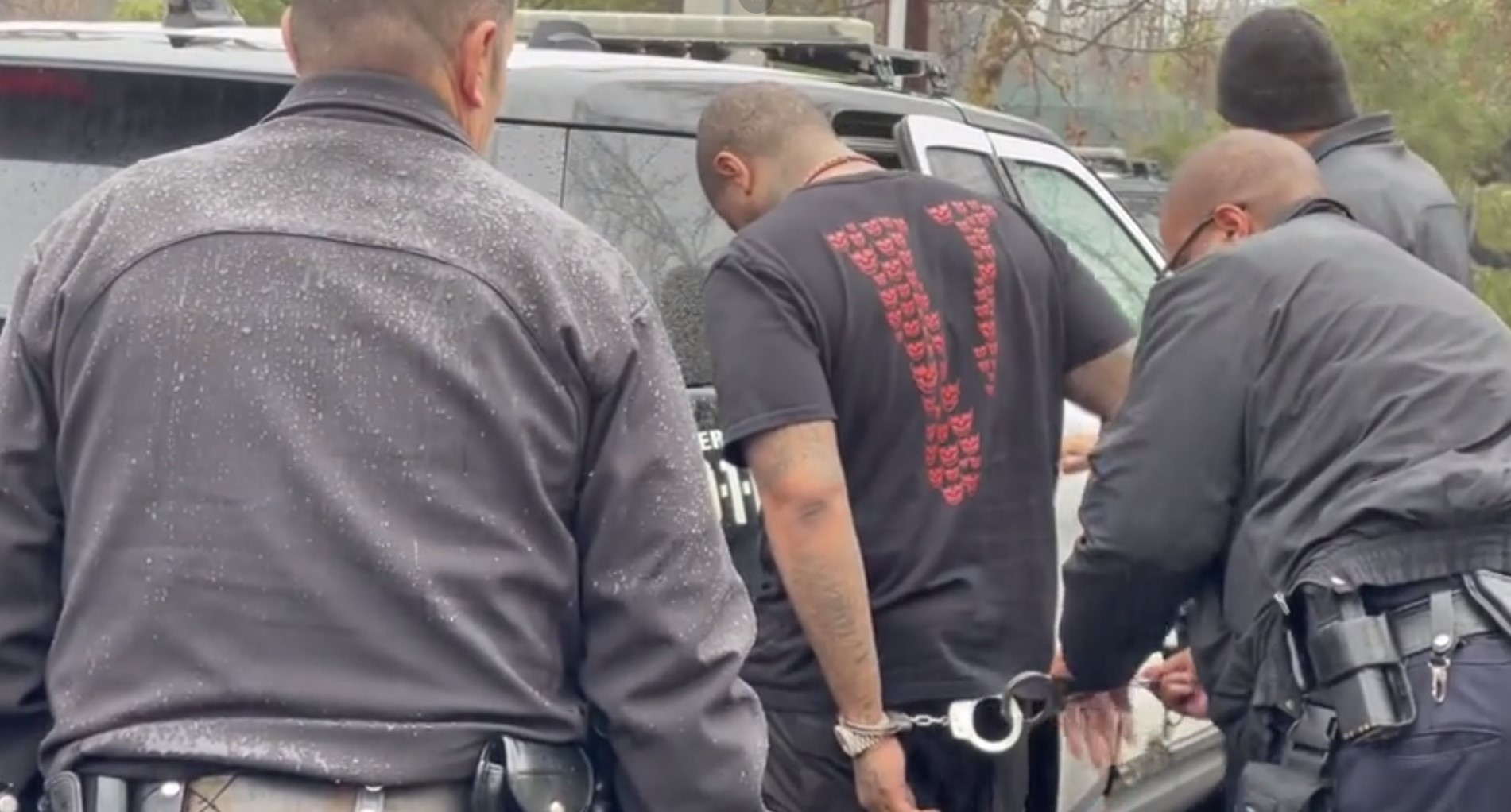 Lord, 30, is best known for his work on Juice Wrld’s posthumous album ‘Legends Never Die’ and has worked with major artists like Cardi B, Future, and Travis Scott.

In California, felony possession of an assault weapon can be penalized by three years in prison and a $10,000 fine, according to one local law agency.

‘It doesn’t matter if you are an influential member of the entertainment community or someone who has never been in the spotlight, my office will hold accountable anyone who illegally possesses these unlawful devices and deadly weapons,’ said District Attorney George Gascón in a statement Friday. 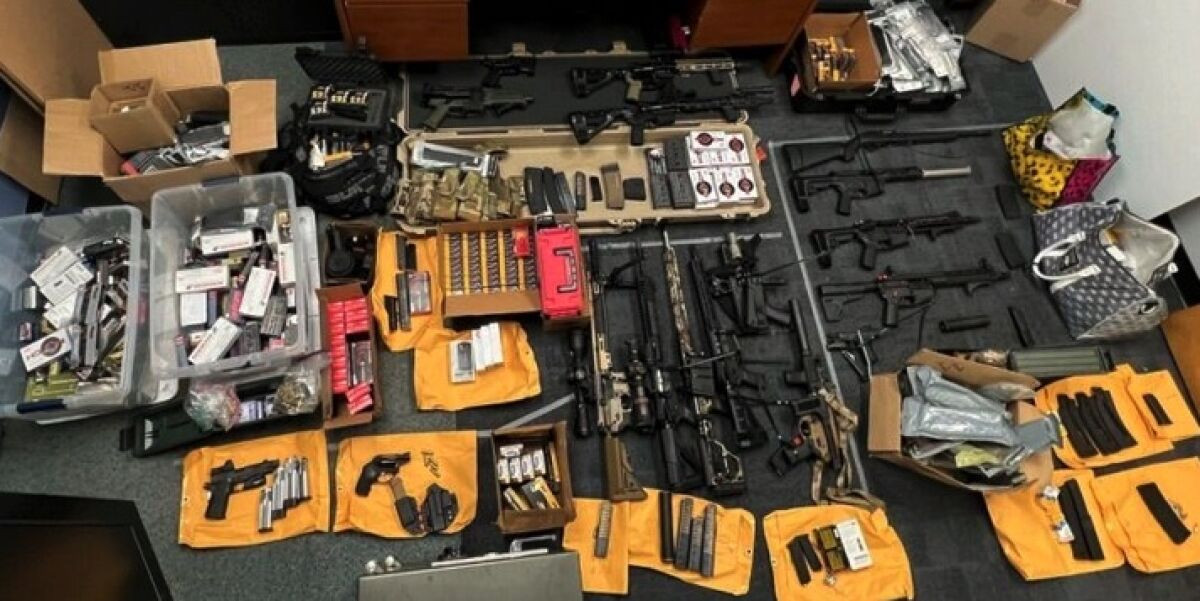 ‘Assault weapons and devices that muffle a firearm are illegal in California,’ said Gascón. ‘The proliferation of firearms has skyrocketed since the beginning of the pandemic.’

In an interview with the Los Angeles Times, Lord said he was hosting Kimble when SWAT burst into the studio around 5.20am.

‘There was a very heavy show of force. A high number of officers with a lot of equipment. Luckily, they didn’t break too much stuff — other than turn the house upside down,’ Lord said.

According to Lord, the raid stemmed from warrants related to Kimble.

‘They got a warrant that included the residence [Kimble] was in. It’s my studio. Essentially, I got dragged into it because of the other warrant [for Kimble],’ Lord said.

Kimble was charged with assault with a deadly weapon by the Los Angeles, but police did not provide additional insight into the incident.

He was also charged with being a parolee at large. His bail was revoked.

Lord told the LA Times he did not know about the assault with a deadly weapons charge when asked.

According to the Chicago Sun-Times,  Kimble was arrested in 2018 on suspicion of illegal firearm possession alongside rapper G Herbo.

Kimble has been charged with two felony counts each of false imprisonment, possession of a firearm with a prior felony conviction, and resisting arrest.  He has also been charged with one misdemeanor count of escape from arrest, according to the Los Angeles District Attorney’s Office.

He pleaded not guilty and will appear Monday at the Airport Branch Courthouse.

Kimble has not bailed out since his January 4 arrest, jail records indicate.

He will next appear on Wednesday, January 25 at the Van Nuys Branch Courthouse.